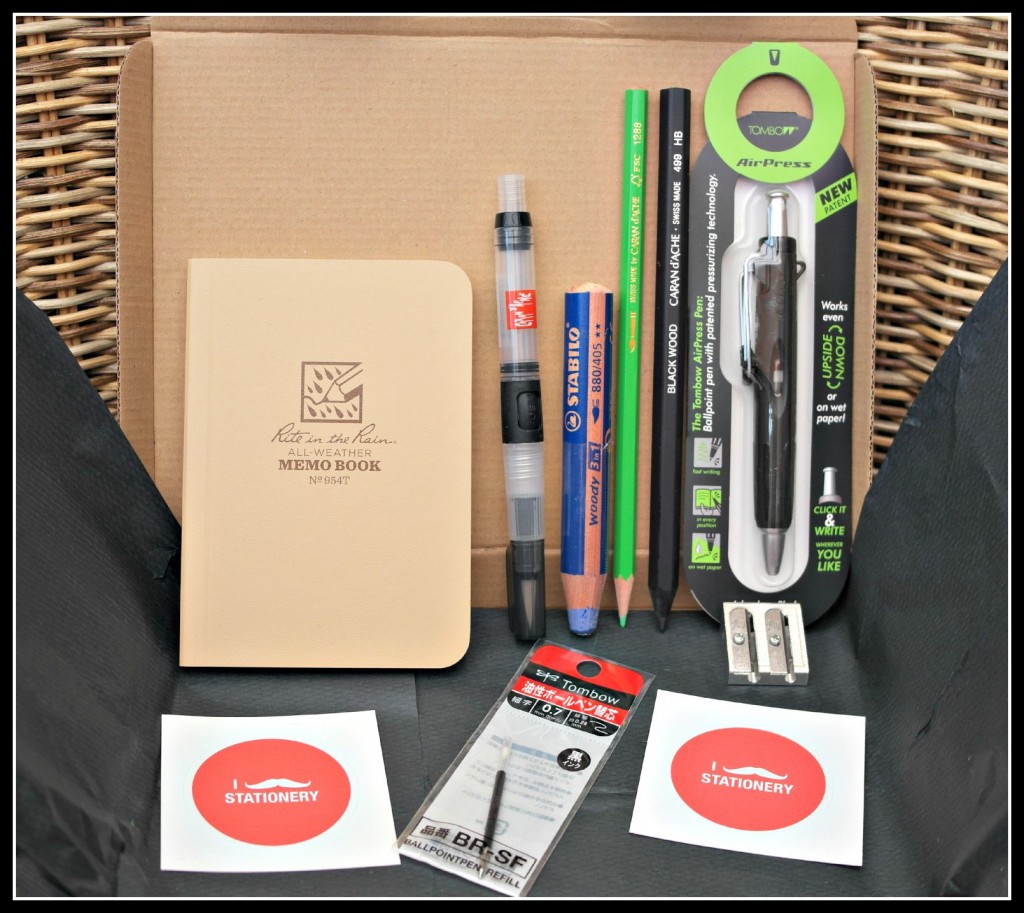 The Moustache Stationery subscription box once it’s been unwrapped.

Stationery is an odd thing. You use it every day and barely give it a second thought until someone gives you a really nice roller-ball or italic pen or, as happened to me some time ago, something like a Moleskin notebook.

I’d never considered spending more than the minimum on a notebook in my life. This probably has something to do with being a former journalist. In my old occupation I would rattle through cheap, reporters’ notebooks at frightening speed.

Then the Moleskine notebook came into my life and I haven’t looked back. Aside from the odd, very rare occasion, the kids are banned from using it, as they are my italic pen (which, I’ll be honest, I don’t use that often).

Moving into the void for those that like good pens and similar items is Moustache Stationery. Not just that, it’s moved into the subscription market so for £25 a month, you will receive a box of items through your letterbox that have been very carefully sourced (it’s listed in $US dollars but the company is based and ships from the UK). That said, the guys at Moustache have organised an exclusive reader offer for dadbloguk readers (details below).

“Would I care to receive a box and see what it was all about?” I was asked.

“Absolutely,” was my response.

The first thing that struck me was how well presented the items were. The contents of the box were lovingly wrapped in tissue paper and a sticker carefully holding it altogether.

When unwrapped I was presented with a: 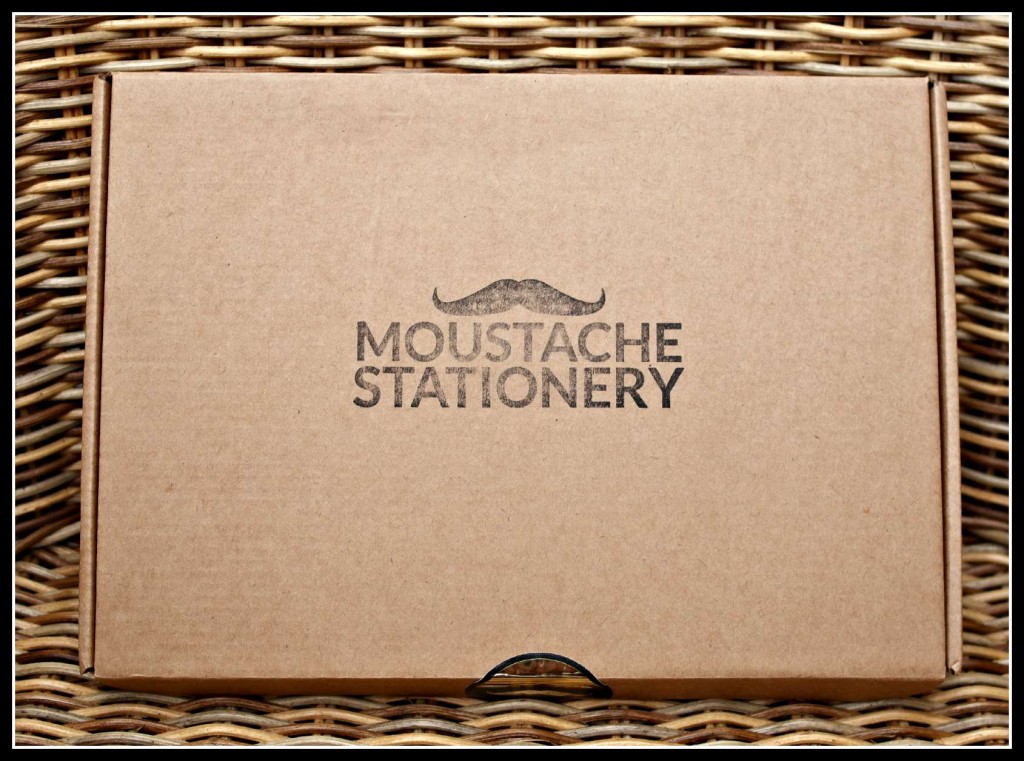 The Moustance Statioenry Box before it’s been unwrapped. The best things come in small packages.

At first I wasn’t too sure what to make of this random assortment of items. As I went through it, however, I began to realise just how much thought had gone into what I’d been sent.

The Stablio pencil and Caran d’Ache water pen are magnificent for the kids. The pencil is large so ideal for small hands but it can write on various materials including metal and glass so is ideal for arts and crafts. The water pencil is great for painting and my kids have used similar in the past.

The Tombow pen and notebook are clearly meant for the grown ups. I had to give the notebook a go and ran it under a tap before using it. Sure enough you could write in it perfectly with a pencil. The results weren’t quite so good with a pen, but you could get away with using one if you had to.

If you want an introduction to stationery you wouldn’t necessarily find elsewhere, give Moustache Stationery a go. I can also appreciate this would work very well as a gift for an awkward person who has everything.

If you sign up now and use the code JOHN10, you’ll get a discount of around £6.50 off your first order. To sign up, follow this link. It’s very simple and will only take a couple of minutes.

Disclosure: I was provided with a Moustache Stationery box for review purposes. thoughts and opinions entirely my own. To view my disclosure policy, please follow this link.