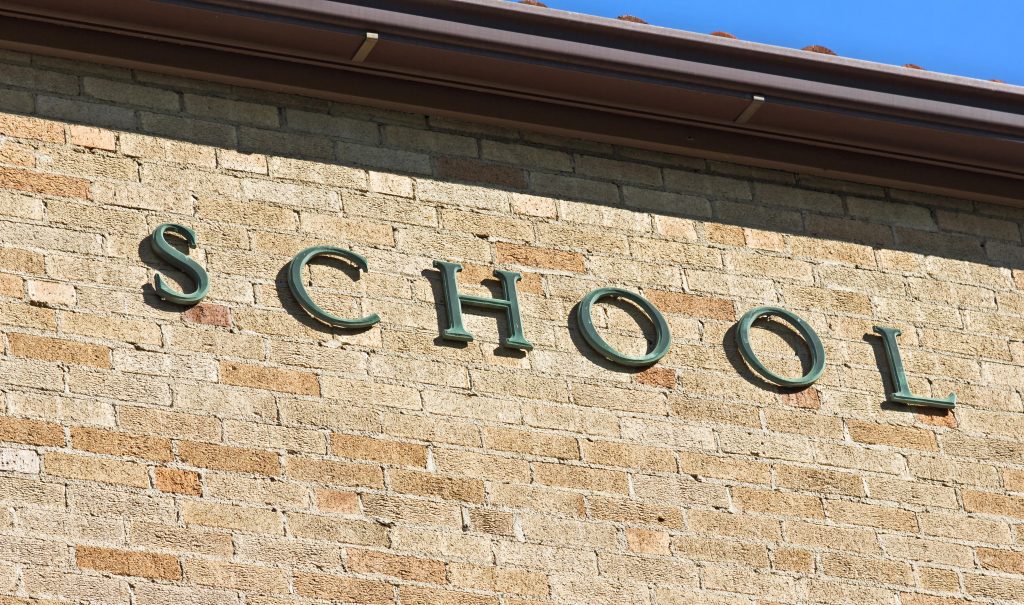 Trying to decide which school might be best for your kids is hard enough. Some schools make it harder still.

Our eldest child, Helen, won’t start secondary school until the year after next. Nonetheless, Mrs Adams and I have been doing the rounds of secondary school open days a year before we need to.

The idea is to form an impression of the schools this year and go to the open days again next year for a second time to see if that first impression still stands. Doing it this way, we think, will give us a better idea about where we’d like Helen to go and, equally importantly, where she would like to go. I have to say we aren’t alone in looking at schools a year early.

Just the other day we were at the open evening of a secondary school and came face to face with one of Helen’s classmates and her parents. It’s such an important decision and the English school system so unfathomably complex, I think we’re doing the right thing by putting the extra effort into this.

What I find staggering is how different schools take different approaches to entice parents and pupils and showcase their approach to education. In a few days time, I shall be going to an open morning where I am told I will sit down and meet teachers on a one-to-one basis so I can discuss what Helen plus Mrs Adams and I want out of the school (which, I should add, is in the independent sector). I am looking forward to this, but I think it is going to be an experience, to say the least.

A different school I visited, we’ll call it School A, held an open morning and they put a huge amount of effort into organising it. Kids in high visibility jackets directed people to the car park and greeted you with a “hello”. Every parent was given a couple of pupils to guide them around the school and answer any questions. You could go into classrooms while lessons were in progress and you could take as long as you wanted and ask your guides anything.

Yes, yes, I’m not a total fool. I know schools cherry pick their best pupils for these tasks and ensure the place is sparkling clean. Keep this thought in mind, I’m going to come back to this point.

Another school we went to, School B, was an academy. My word, I just didn’t know what to make of it. The opening evening would be best described as a disorgansied explosion of randomness.

Firstly, it took place at night. It was a poorly lit school and we had no idea where we were going and there was no easily identifiable point where you could gather information or find out what was going on.

The pupils had clearly been told to come along in uniform and huge numbers of them did indeed show up for the occasion. I’d go so far as to say so many came along along that parts of the school were full to bursting. The result of this was that the classrooms were rammed-full of hyper-excited kids who weren’t used to being in school at night time. Trying to get near a teacher to ask questions was incredibly difficult.

It was utter chaos. As we left I remarked to Mrs Adams that; “It could be a perfectly good school, but I have absolutely no idea.”

These events say a great deal more about how a school can organise an open day than how good they are. They do, however, leave an impression.

When I see School A next year, I will be much more relaxed about it. I know the senior management team can do the basics and organise an open day.

When I see School B, I will be cornering every teacher I can and getting as much information as I can out of them. Based on this year’s open day, I need reassurance they are capable of teaching my kids.

What are your thoughts on open evening and open days? Have you experienced anything like this? What do you look for when you visit a school? Please do leave a comment with your thoughts. I’m used to doing the rounds of primary schools but secondary schools, that’s new to me.

Just a key, or a sign of something bigger? There