During the week, my youngest daughter, Izzy, will very often go to pre-school in the morning. When she returns home just after lunch, she often asks me to settle down with her to play a board game.
It’s become our thing. With her sister, Helen, swimming was the activity she and I used to do together.  With Izzy, it’s board games. 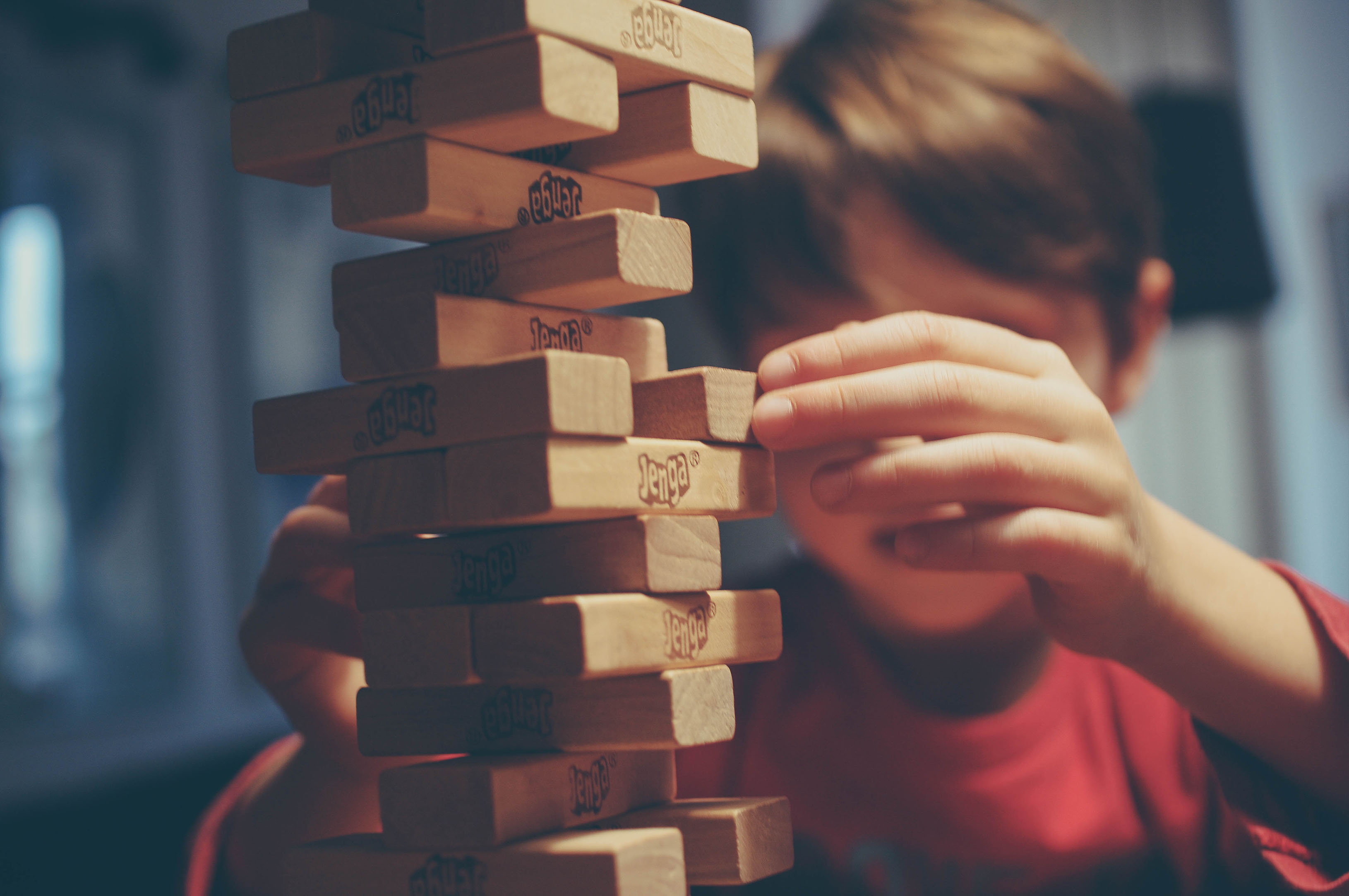 National Board Games Week is underway right now and you are encouraged to get involved with the family. Pic credit: Michal Parzuchow.

She likes nothing more than to haul one of her favourite games out of the cupboard and play Monopoly (the junior version game) or Jenga or something similar with dad. Truth be told, I find it a great way to spend dad / daughter time.

Just yesterday, after pre-school we settled down to play a game of Connect Four. It’s not just about spending time together. She learns about taking turns, following rules and playing fairly. It can be quite an educational experience for her.

Families are encouraged to take part in National Board Games Week by holding a family board games night at home. If you take part, you could win a stack of board games and a year’s worth of pork pies.

It’s simple to take part. Firstly, follow this link to the Pork Farms website to sign up and download a special pack. You must then host your own board game evening (playing whichever games you wish) and share pictures with Pork Farms on social media (Twitter: @Pork_Farms / Facebook: Pork FarmsPorkPies) for the chance to win a stack of board games and a year’s supply of pork pies.

Izzy and I will definitely be joining in and we’ll get big sister Helen in on act as well. In deference to the kids’ bed time, we’ll probably play in the late afternoon, but play we shall. Keep an eye on my Instagram account because I will be sure to post some pictures on their as well as the Pork Farms sites when our games get underway.

The Championships have been going on for a little while with a number of regional heats having already taken place in a number of micro-pubs across the UK. The finals themselves take place this Saturday, 13 May in Grantham. Contestants will play a range of games including Monopoly, Jenga, Taboo, Boggle and Trivial Pursuit and one lucky winner be crowned champion.

For those who would rather go out to play some games, the micro-pubs that took part in the heats are still in possession of their board games. You’re welcome to go along and play if you wish.

Best of luck if you do get the family and mark National Board Games Week. Remember, it’s the taking part that counts, not the winning!

Disclosure: This commissioned post was produced in association with Pork Farms