The past few weeks have been emotional. My first born is about to start school and it’s definitely turning out to be a bigger deal for my wife and I than it is for our daughter.

As if to remind us just how rapidly children grow up, our youngest has started crawling and is already making rudimentary attempts to cruise round the living room furniture. Oh yes, our household is a great big significant milestone party.

As our eldest’s first school day nears, I’ve been reminiscing about my entry to the education system. As a very young child I went to a lovely school. I have happy memories of play time, Meg and Mog books and crates of bottled-milk arriving in the classroom for us all to drink, an initiative that I note has been re-introduced in some schools. 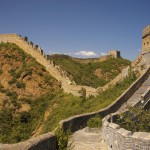 I have never urinated against the Great Wall if China

I got to thinking about my first day at school. As with all people of my age group, I was bundled straight in to full time education at the age of five. I still recall my mother walking me through the school gates and into the school hall where my teacher and class mates were settled down already. It goes without saying I’d never met any of them before.

At this point my thoughts were suddenly stopped dead in their tracks. It was rather like a moment in a cartoon when one of the characters gets hit in the face with a frying pan. “Oh yes,” I thought to myself, “there was that unfortunate incident in the play ground.”

At the time I lived in a very rural location. It was a hamlet with a population of nine people, five of them living in our house. There was no street lighting, no shops, nothing and our garden, which bordered a farm, was probably the best part of two acres in size.

Living in these circumstances, the men of the house (I was an honorary member) had a secluded spot in the garden where it was permissible to urinate if caught short while outside. Life-long urbanites might find this a little uncouth but you have to see the situation in context. We lived a hardcore outdoors lifestyle and heading indoors to use the lavatory would almost certainly have involved removing heavy, muddy boots, filthy clothes and washing your hands with coarse soap or Swarfega. The secluded corner, therefore, reigned supreme.

Unfortunately I applied this theory on my very first day at school. During one of the breaks I found myself in need and relieved myself up against a wall in the play ground.

I can still hear the disgusted comments of the other pupils. I can also see the look of pity on the face of the dinner lady to whom my misdemeanour was reported. She clearly thought I came from some kind of dreadful home and hadn’t been raised properly, which wasn’t the case at all.

The school dealt with the situation in a very British manner by hushing it up. I don’t recall being told off or my family being informed. Despite this I registered intense disapproval and I can categorically state there was no repetition. 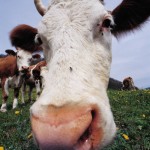 Is your child starting school this week? Well tell them to avoid the cow slurry.

Having recovered from my ‘frying pan to the face’ moment, I drifted off and began to think about my first day at high school. Unfortunately there was an incident then also. I took a wander down to the school farm during the lunch break (yes, I went to a school that had its own farm. What of it?). I wasn’t really watching where I was walking and stepped in a pile of very watery slurry that had been washed out of the cow sheds.  My mother was not impressed when I returned home that evening with dried cow dung in the various crevices of my brand-new Brogues (yes yes, I wore Brogues to school. What of it?).

Thankfully I can’t remember my first day at college. I think by time point I had learned to avoid the pitfalls of my earlier years and it must have passed without incident.

Luckily my daughter is a) female and b) her playground doesn’t have any walls so she is unlikely to repeat her father’s mistake. The school also has no a farm so she won’t have the opportunity to step in any slurry.

Anyway dear reader, what was your first day at school like? Did you manage to avoid the blindingly obvious mistakes that I was guilty of? Have you sent your child to school wearing Brogues? I’d be interested to hear because I can’t be the only one to have been caught out behaving inappropriately, can I?

Like this? Well why not have a read about my daughter’s last day at nursery.

“You’re not taking me to school wearing THAT.

Another pic of Oban Bay. I took this picture towar