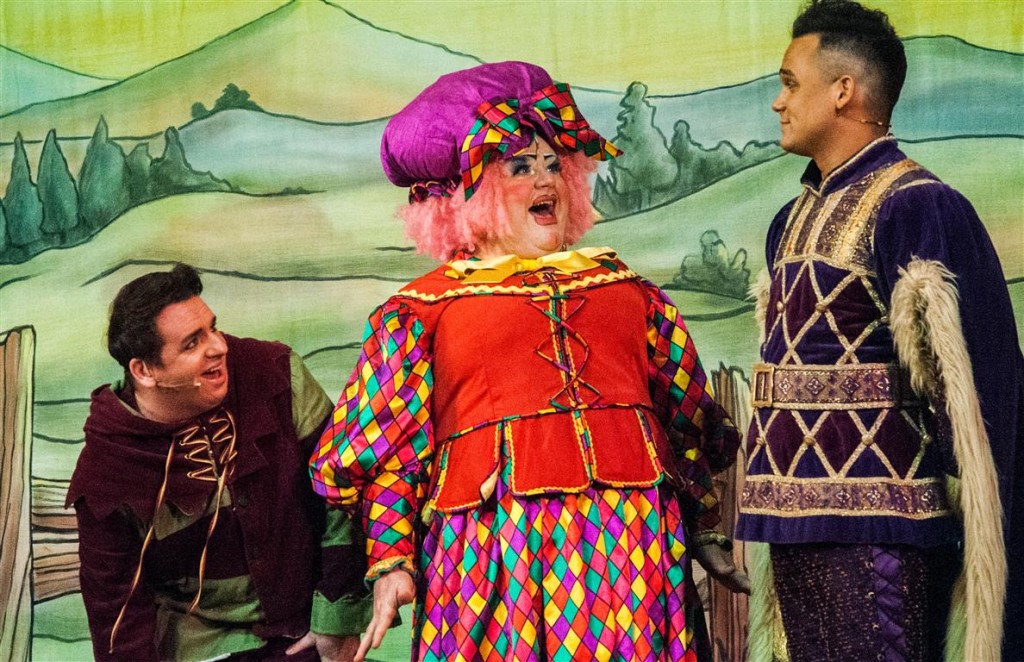 It’s Christmas and that means it’s panto o’clock. With this in mind, the Adams family trudged off en-masse to see Snow White and the Seven Dwarfs at the Fairfield Halls in Croydon, South London.

This was a bit of an experiment. I took our eldest two years ago and her response was lukewarm. This time we were also taking Toddler Adams, who is only two.

As the performance is two and a half hours long this could have been a huge mistake, but both kids had a wonderful time. In fact Toddler Adams enjoyed herself so much she was dancing in the aisle at one point!

The celebrity actor in this production was Gareth Gates, who plays Prince Charming. While he was very competent and certainly looked very handsome, I have to say that Quinn Patrick, who played Nurse Nelli0e, was absolutely superb. Quinn sparred and ad-libed well with both Jack Glanville, who played Muddles and also Whitney White, who, appropriately enough, played Snow White. 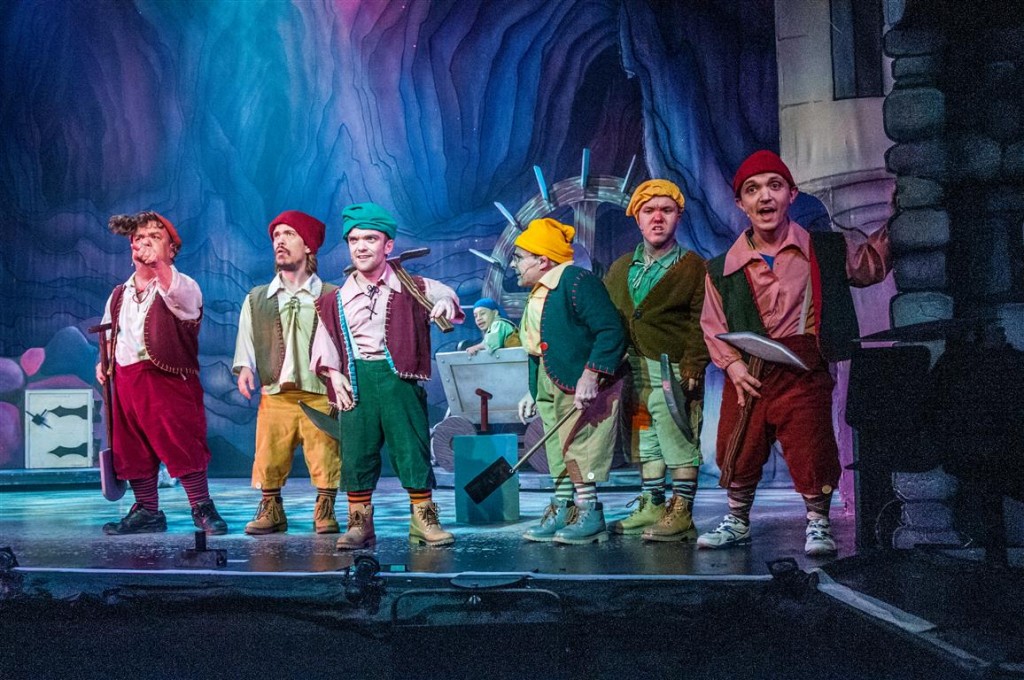 The Seven Dwarfs, saviours of Snow White. Pic credit below.

Quinn worked the audience very well. He and White bought the production to a standstill when the children in the audience failed to shout out and warn her that she was about to be murdered on the orders of her evil and jealous stepmother (Queen Ivannah, played by Siani Owen). It was a very funny moment that had Mrs Adams and I in hysterics.

There were plenty of gags at Gates’ expense. There are also some amusing references to the Disney classic Frozen and the prince of light entertainment himself Simon Cowell is well and truly lampooned. 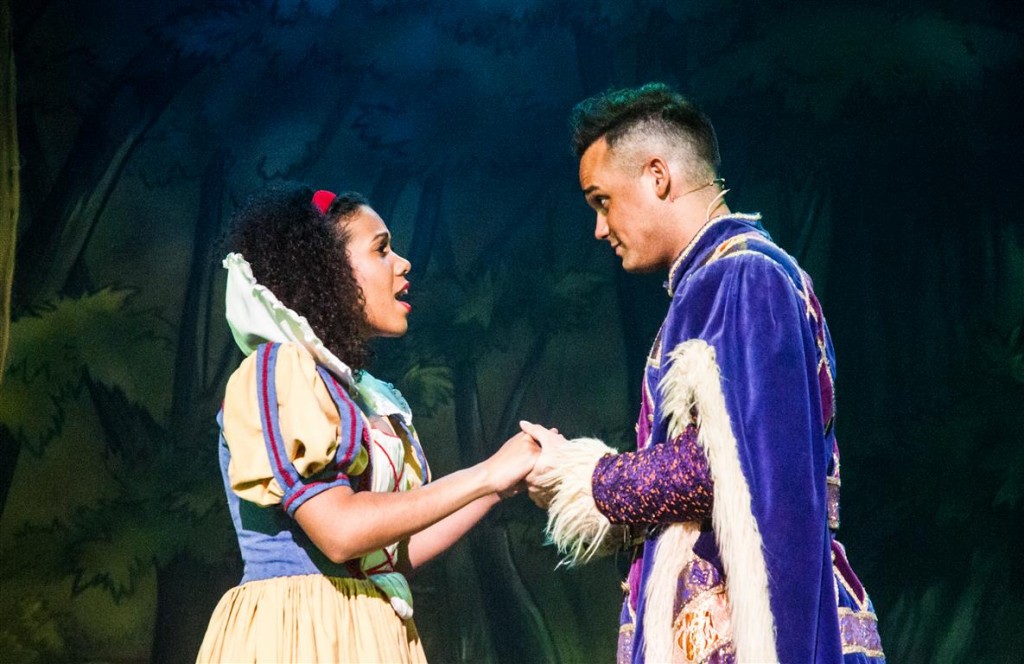 It was great fun, we all thoroughly enjoyed ourselves. I think this was one of those rare occasions where we could honestly say it was great entertainment for all the family.

The production, which is directed by David Janson, is on until 4 Jan 2015. Tickets are available from the Fairfield Halls website.