A few years ago we went on a family holiday to Portugal. We had no sat nav and had to naviagte from Faro airport to a remote village near Lagos using a paper map printed from Google. 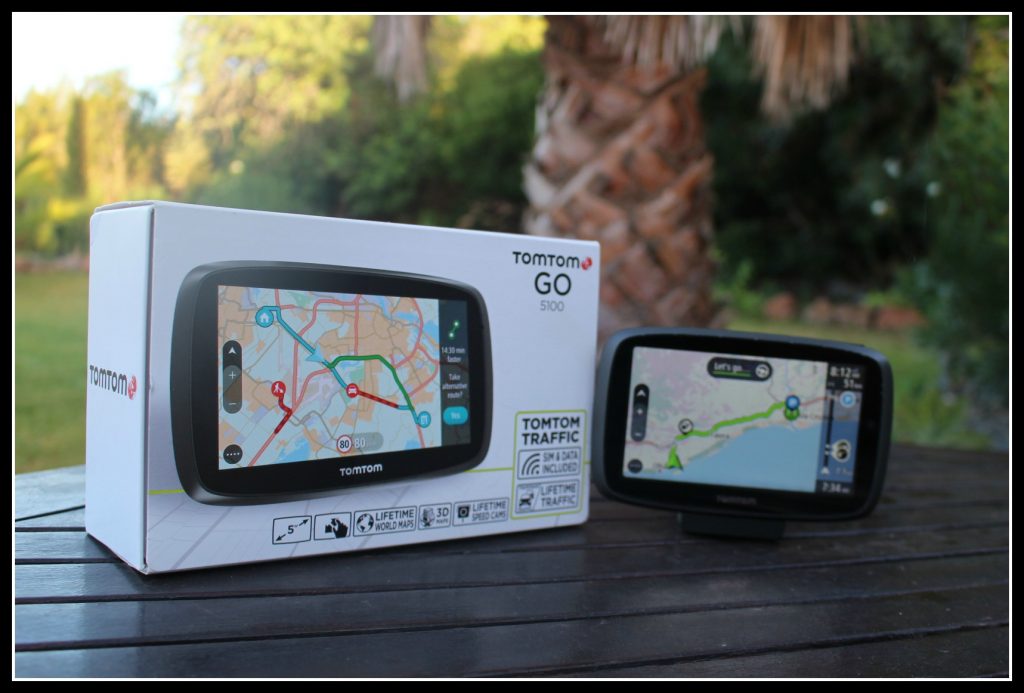 The TomTom Go 5100 sat nav. Packed full of great features, but was it nav good?

We got there, but driving on foreign roads using a map that was far from ideal was not a pleasant experience. At that point I swore that next time, I’d use a sat nav.

Here’s a video I made

My overseas motoring has largely been limited to the occasional day trip to France sine that time. Until, that is, we returned to Portugal a couple of weeks ago.

This time we were staying somewhere even more rural. Luckily, however, we were equipped with a TomTom Go 5100 sat nav. Here is a video I made about the device.

This particular product comes with maps covering 38 European destinations already installed. You can, however, download other international destinations and download several updates a year.

Better still, you can set up a TomTom account and download the My Drive app. This can be synched across several devices and gives you the option of planning routes, listing favourite destinations and accessing your online TomTom account.

The TomTom 5100 is mounted on the windscreen using a cradle that can be easily removed. It relies on the 12v charger for power but will also plug into a USB port. It has a 12.7cm touch screen which makes it easy to issue commands and input data. 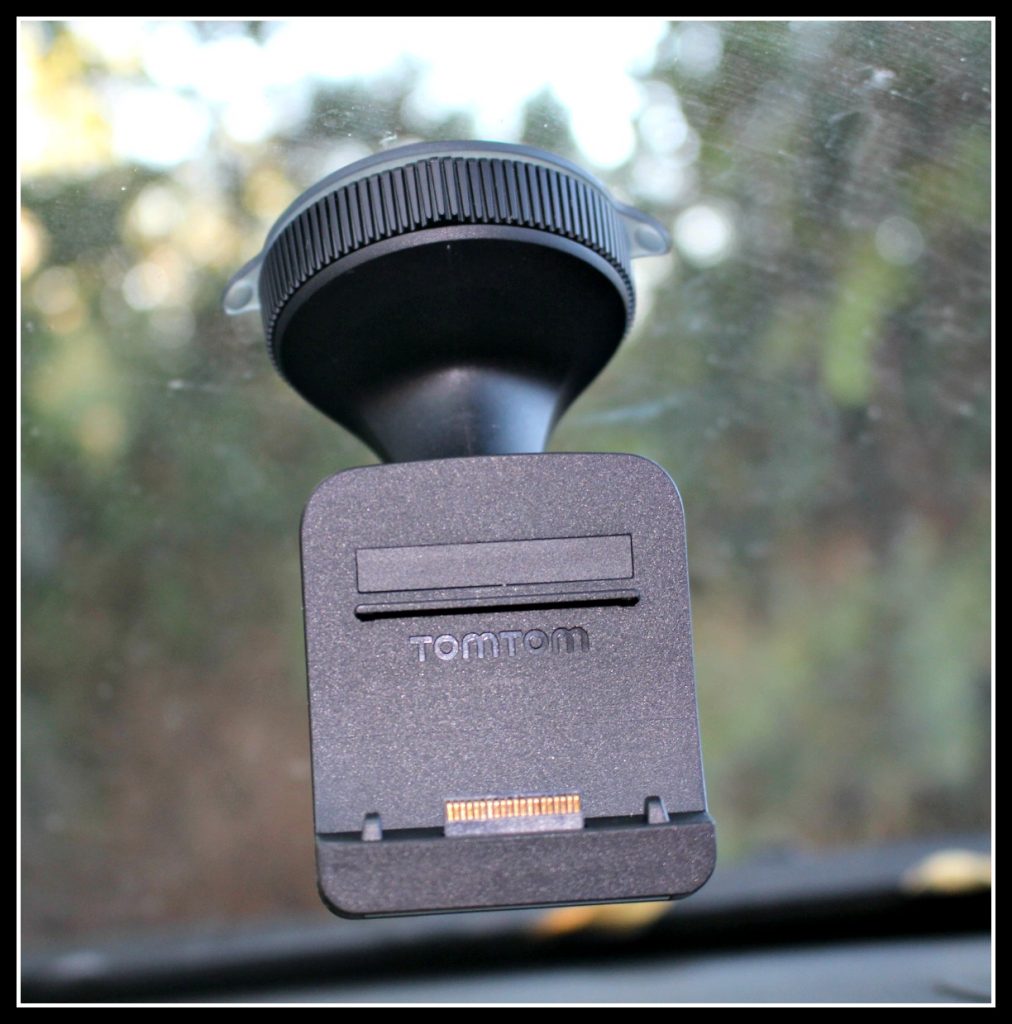 The magnetic cradle that houses the TomTom Go 5100.

Those are the basics. What is it actually like to use?

I have used the sat nav in three countries. I used it in the UK prior to going on holiday. I’ve also used it in Portugal and on a couple of occasions we used it to navigate over the border on day trips to Spain.

It has worked perfectly in all locations and heading over the Portuguese / Spanish border presented no problems. Route planning is very easy. You simply tap the search function and a keyboard appears on screen.

Tap in your destination and a list of possibilities will present itself. That may seem like I’m stating the obvious, but it is a much simpler, intuitive process that another sat nav I recently used. 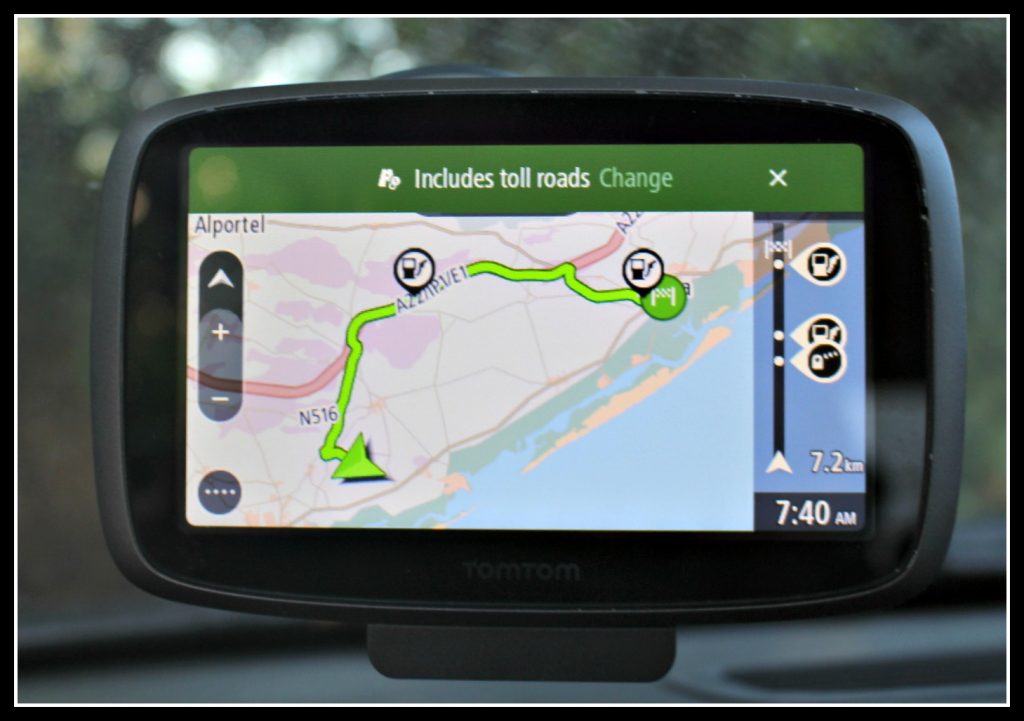 The MyDrive app is also straightforward to use. I have to be honest, I haven’t tested this as much as I would have liked, but this has more to do with the damage my mobile phone sustained when I dropped it on a hard, tarmac surface (I love touch screens, but wasn’t life so much easier when mobile phones were indestructible?).

I liked the way information was displayed on the screen. The route bar on the right is a vital source of information, displaying the time, estimated arrival time, any traffic and location of service stations etc. 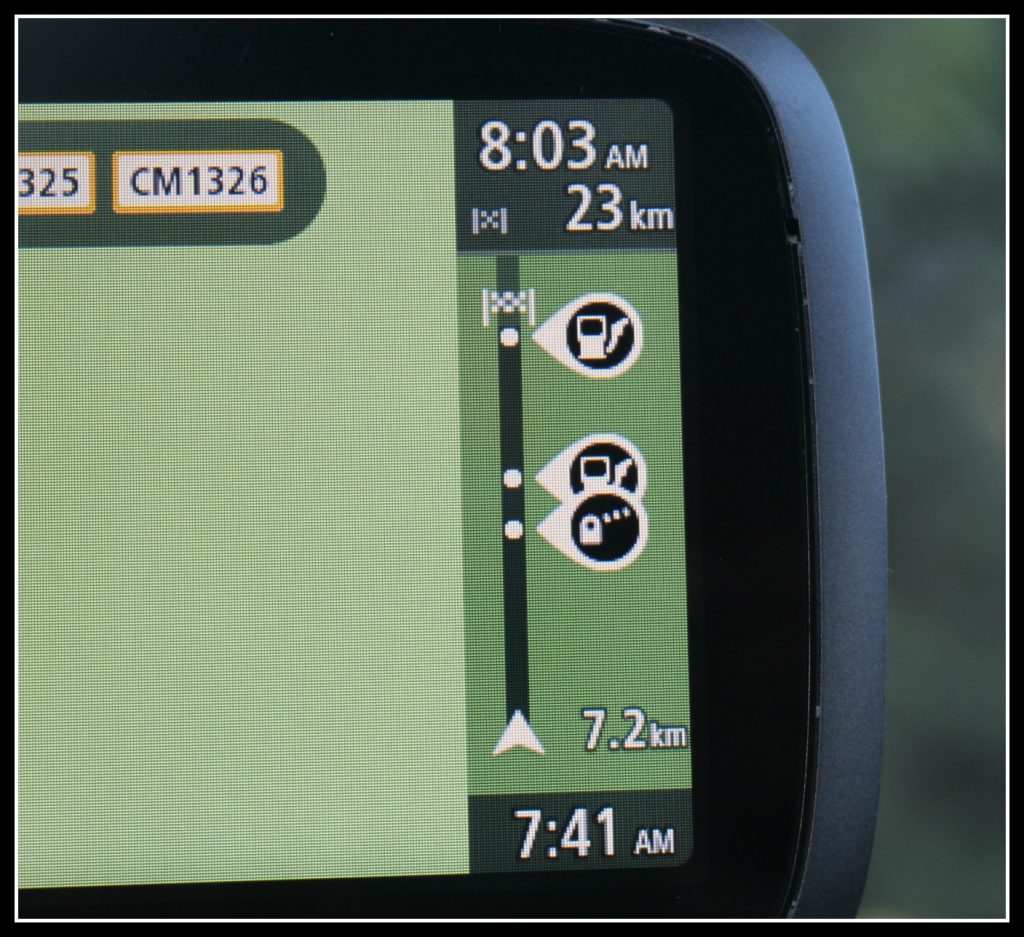 The ‘route bar’ of the TomTom 50 5100 sat nav. The information was very clearly displayed.

Along the bottom, the display shows the speed limit and details of the route you are taking, such as road name. The map itself shows the usual thing; a green line with an arrow showing the direction of travel and your route.

The TomTom 5100 is widely available from outlets including Argos, Halfords and Amazon. It is also available direct from the TomTom online store and at the time of writing was selling for £259, although I have seen it selling for less elsewhere so you would be well advised to shop around.

I found the TomTom 5100 very easy to use. The route planning function was easier to use than my own sat nav which I am very familiar with. It has a very clear display and performed very well both on home turf and overseas. If you aren’t going to do any motoring overseas, this product may not be for you.

If you plan to drive of foreign roads, this is definitely a product worth considering. For further information and to access the TomTom online store, visit the TomTom website.

Disclosure: Product provided for review purposes. Thoughts and opinions entirely my own.

Pregnancy and birth during lockdown... Allow me t