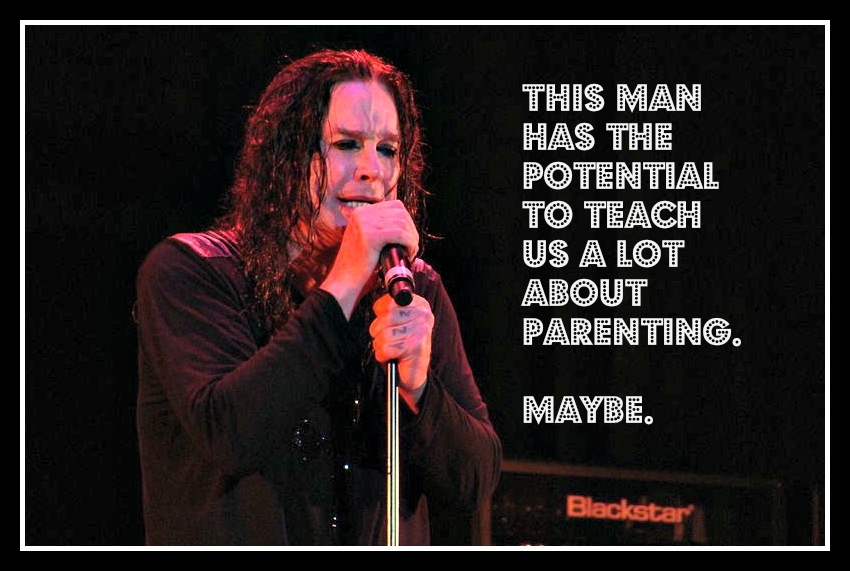 Ozzy Osbourne, famed rock star who is very lucky to be alive. Also a parenting expert, in a bizarre kind of way.

The summer holidays have ended and the autumn school term has begun. This means one thing; an onslaught of articles in various media outlets featuring lists of the “10 kinds of mum you will meet in the school playground”.

To my surprise, this is an unexpected benefit of being a stay at home dad (SAHD). You simply don’t feature on these dreadful lists.

Us SAHDs are able to stand back and watch in astonishment as the most astounding misogyny-fest takes place right before our eyes. Personally speaking, the stereotyping I’ve seen over recent days has been unreal.

I had no intention of writing a blog post on this subject, considering it far too bland. A friend then told me about an article in a local newspaper about 10 types of mum you find in the school playground. I read the article and, as expected, found it exceedingly tedious.

I was writing a comment to this effect on the newspaper’s website when I discovered it had been reproduced by another publication, only the location names had been changed! As I was doing this, an acquaintance forwarded me a media release she had just been sent. The smart ones among you have probably guessed what it featured. Yes, that’s right, it was a list of 10 mums you could expect to find in the school playground!

I could take no more. I just had to put pen to paper. Or, should I say, finger to keyboard.

These puerile stereotypes are all the same. The “gym bunny mum” wears Lycra, the “working mum” is busy on her Blackberry and her kid misses out on playdates, the “PTA mum” knows everyone in the playground but is stand-offish etc. I really can’t continue because it causes me too much pain to repeat these tired old lists that are all the same, they just feature a different combination of words.

In a strange way, it reminds me of a radio interview I heard Ozzy Osbourne give some years ago. Asked about the fragmentation of the heavy metal scene, he seemed slightly bewildered (what, Ozzy Obourne, surely not?). He said there was an increasing trend for bands to pigeon-hole themselves in bizarre genres. He joked there was a “taxi driver metal and a washing machine metal”, the inference being they were all rock bands and should concentrate on playing music without limiting themselves with certain, rigid expectations.

Frightening thought it may be, but wouldn’t it be great if we could apply Osbourne’s logic to parenting? In other words, stop nodding your head in agreement with these stereotypes and get on with raising your children.

Comparisons with a bewildered Ozzy Osbourne aside, there is a further and very serious point to be made here. These stereotypes do nothing to put the nervous mother, or indeed father’s, mind at rest.

When my eldest daughter started school I found the playground an incredibly daunting place. I hadn’t been in a school playground in over 20 years.

I am fortunate to be a reasonably confident person. Even so, I found the playgorund a struggle. I cannot imagine what it must be like for a mum who has low self-esteem to fight against such appalling stereotypes that are, nine times out of 10, meant to be “tongue in cheek”.

Such stereotypes are anything but tongue in cheek. They’re unhelpful and negative. Above all else, however, they are so B-O-R-I-N-G.

What do you think? Are mum or even dad stereotypes amusing? Is there truth in them? Do you think it’s acceptable to stereotype people in the playground in this way?