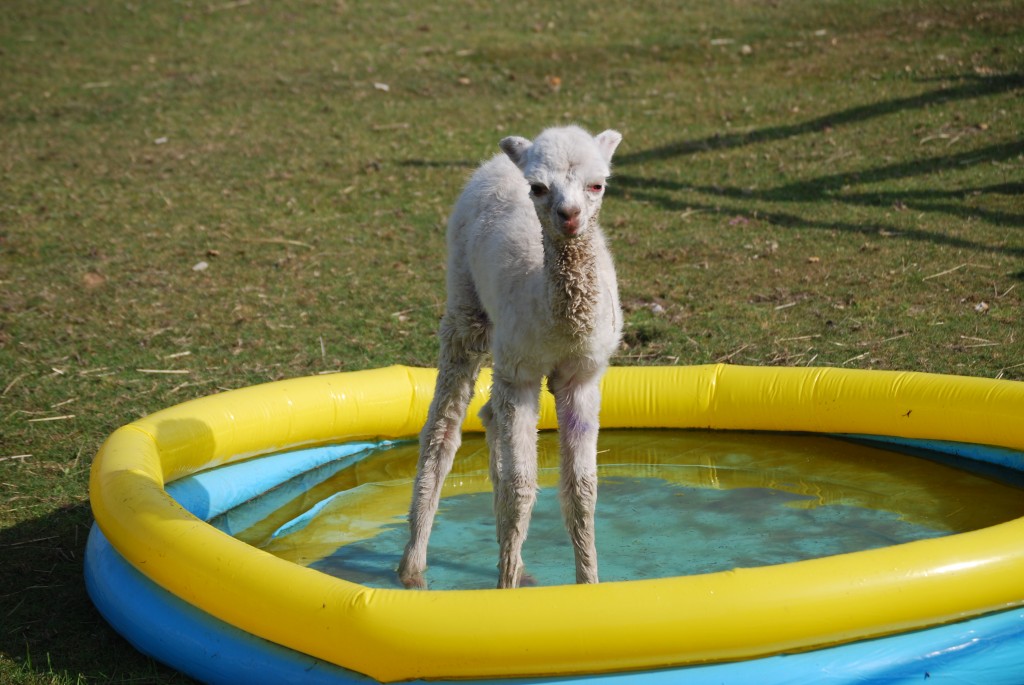 This guy’s got the correct idea.

In the past few days I have come to appreciate the simple beauty of the paddling pool. Forget iPads, or other complex toys; when the sun is out and the temperature rises above 25 degrees Celsius, the paddling pol really does reign supreme.

Our paddling pool really came into its own yesterday afternoon. I filled it up prior to going on the school run. The idea had been to take both kids to the park for half an hour before returning home and letting the kids play in the pool.

Having collected my eldest from school, both she and her younger sister struggled to make it back to the car. Their faces were bright red, their tempers short and a walk that usually takes a few minutes took forever.

To my amazement they didn’t want to play in the park. Their wish was to go straight home.

As soon as they got through the door, they raced to the garden, put swimming costumes on and leapt into the paddling pool. It was just the correct temperature and it was like someone had flicked a switch; both kids were instantly refreshed. Their mood was joyful, they were playing nicely and most importantly they were having fun with no demands for television and no arguments.

There were a few similar moments during the weekend. Granny was visiting and what better way to show off to the older generation than to splash around in the pool? No matter how frayed tempers became because of the heat, a quick play in the paddling pool seemed to rectify everything. I even got in myself and had a fantastic time playing with the kids (I was a crocodile chasing them round the pool).

Thank you paddling pool. For the price we paid for you, you owe us nothing. I hope you are a part of our summer routine for many years to come.