Last week I published a blog post about the birth of Helen, my eldest daughter. I promised there would be a follow up detailing the birth of Toddler Adams and here it is.

I confess that Part One was a lengthy affair. You’ll be relieved to hear this story is much shorter because the birth was considerably easier (I hope I can get away with saying that, having never given birth).

In fact when I started considering what to write, I began to feel guilty. Why couldn’t I remember so much about the birth? Truth is, there probably is a little bit of second child syndrome at play here. Even so, the fact remains it was more straightforward and quicker so there was, quite simply, less to remember. All the exciting stuff happened after the birth, but we’ll come on to that in a while. Rest assured, I remember that in great detail.

Like Helen’s birth, it started very early in the morning. It was about 3am when Gill’s contractions got underway. In a change to the previous birth, Gill did not give me a lie-in on this occasion.

I recall we left for hospital about an hour later. My mother in law was staying with us and we said goodbye on the front step.

In a case of shocking timing, our own car had developed a major technical fault and was in the garage being repaired. I was using its courtesy vehicle. This was a small, but very reputable, back street garage. Unlike the big dealerships, it was not in the habit of providing its customers with a pristine hatchback that had been freshly valeted. Oh no, I was given an ancient Ford Mondeo estate with 300,000 miles on the clock. The interior was tidy, but utterly filthy. 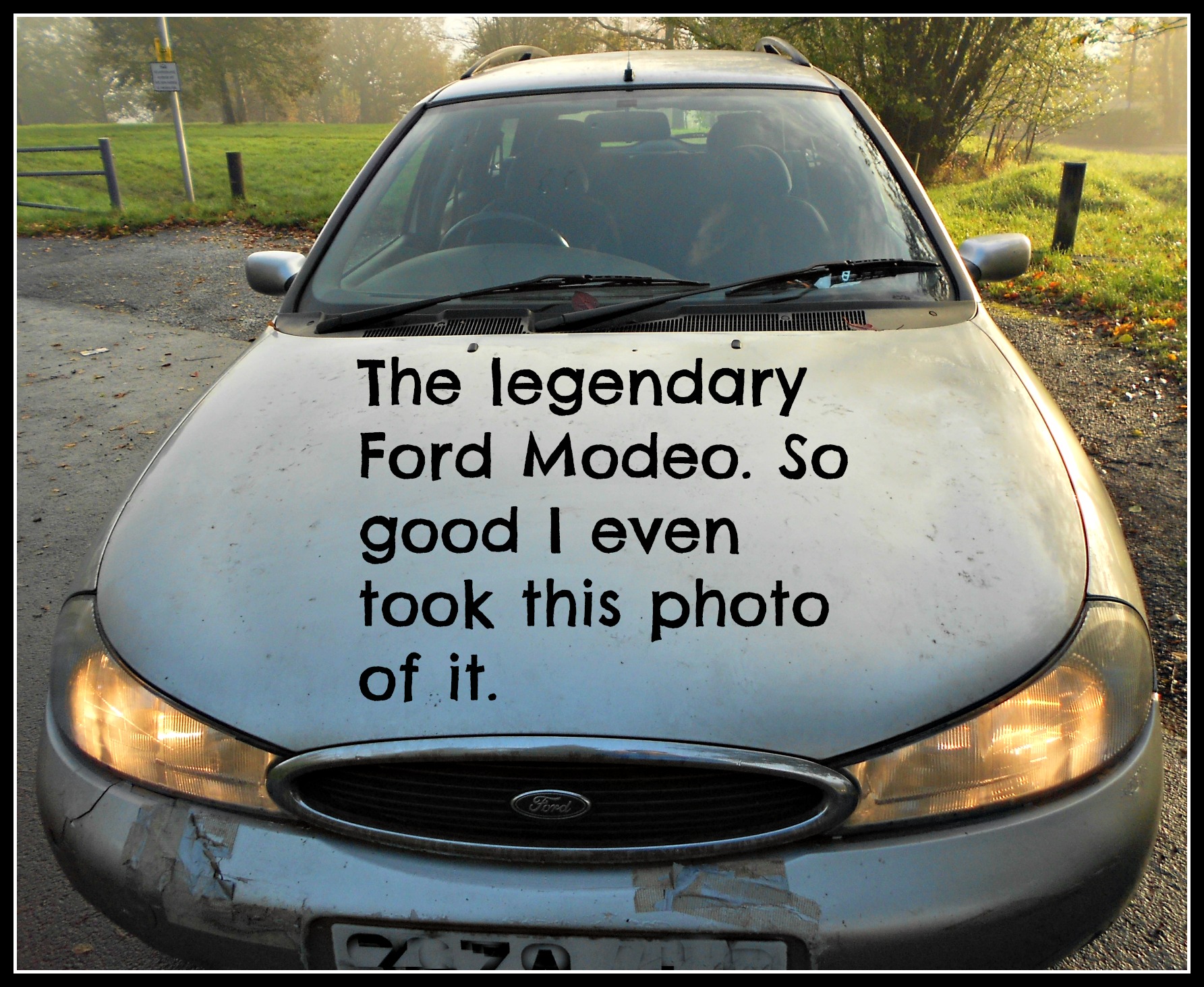 I had visions of the baby arriving on the way to hospital and me delivering her in the boot. Thankfully it didn’t happen. If so, she’d have come out of the womb and into a world smelling of engine oil and grease because the car smelled liked it was owned by a bunch of back-street mechanics. Odd that, hey?

On arrival at hospital, Gill was assessed and very nearly sent home. Thankfully this didn’t come to pass as events were to move very quickly.

Gill was given gas and air. She was hoping for stronger pain relief but, as I say, things moved on at a frightening rate. Things stepped up considerably after her waters were broken by a midwife.

A few minutes after this an anaesthetist casually strolled into the room. There was a little discussion between her and the two midwifes in the delivery suite. I don’t remember the anaesthetist saying a single word to Gill, she just slunk off as casually as she arrived in a state of remarkable disinterest.

I knew exactly what this meant; Gill had progressed so far she wouldn’t be getting any further pain relief. I wasn’t sure if Gill had understood this, but in discussion afterwards it transpired she did.

Gill held my hand and seemed to go into a world of her own. She screamed out a couple of times and, voila, Elizabeth was born. The entire labour was about five hours, the second stage an impressive 15 minutes.

Okay okay, using the word “voila” possibly makes the whole thing sound ridiculously simple. There was pushing and heaving and it hurt, although Gill assures me delivery was considerably less painful than the contractions.

As most guys do, I cut the umbilical cord. One thing any expectant father needs to know; that cord is tough. It takes some effort to get through.

Gill had a quick hold before baby was passed to me. Yes, I learned my lesson the first time. I did shed a tear or two at this birth.

Very soon after, the placenta was delivered. Gill was inspected by a midwife and given the all clear.

This delivery suite lead on to a bathroom. I recall a midwife ran a bath for Gill. She got in with a huge smile on her face. I knew my cheeky, spirited wife had returned. While she bathed, I cuddled Elizabeth.

The pregnancy had been very straightforward, but Gill had been very, very tired throughout. It had been much tougher on her than when she was pregnant with Helen. To be honest, I think we both struggled, especially in the final few months.

Shortly afterwards I called home to break the news to my mother in law. The tone in her voice when answering the phone was one of obvious concern. Expecting Gill to have many hours of labour ahead, she asked how her daughter was doing. It took her completely by surprise when I explained she had another grandchild and both mother and new arrival were doing well.

Gill returned home the next day and we began to adjust to life as an extended family. Unfortunately, the path was not a smooth one.

A local hospital, different to the one where Elizabeth was born, was supposed to be providing aftercare. It made a mistake regarding our address and never sent out a midwife.

The details are too complicated to go into, suffice it to say a midwife from a neighbouring area decided to pop in and see how Gill was doing. Strictly speaking, she shouldn’t have done this but it’s just as well she did. The midwife took Gill’s blood pressure and it was somewhere close to stratospheric.

Within an hour or so, Gill was readmitted to hospital with possible eclampsia. It turned out to be a false alarm but she was on the maternity ward for several days.

All things considered, this was a minor issue. Neither Gill nor baby were in intensive care. Both were well looked after and my mum was able to provide support on the home front. As if to prove the point, I was reduced to tears when I heard a family in a bay opposite being told their new born would need a lumber puncture to establish whether he had meningitis.

Even so, it was one of the most horrible weeks of my life. I’ve previously told the story in these two blog posts. I won’t go over old ground. Feel free to have a look if you want to know the full story.

Gill’s blood pressure remained high, but did fall. After several days in hospital, Gill was becoming institutionalised and developing a genuine fear about leaving the place. I wanted to get her out before this became a serious problem. Eventually a very sensible doctor, appreciating we had support at home, signed the release papers although it was still midnight before we left the ward.

In the interim, I’d had to return the courtesy car to the garage. This time I was driving my brother’s ancient Mercedes C class estate. It was a workhorse, not much cleaner than the Ford Mondeo and with a similar number of miles on the clock, but such a nice vehicle to drive.

I was very grateful for the care Gill and my daughter had received. Even so, driving out of hospital on that misty, cold November night felt so good. We were at long last able to start life as a family of four. It may sound dramatic, but it felt like a liberation.