Stephen Mulhren as Buttons and Joanna Sawyer as Cinderella at the Fairfield Halls in Croydon. Pic cerdit below.

I’ve read a lot of blog posts this year about Christmas traditions. One tradition this family has is the pantomime. Well, I call it a tradition, we’ve gone three years on the trot. I guess we’ve been doing it long enough to count.

This year the four of us, Gill my wife and our daughters Helen and Elizabeth once again made our way to the rather marvellous Fairfield Halls in Croydon to see Cinderella. Oh no you didn’t. Oh yes we did (come on, I had to get the gag in there somewhere).

This was a particularly poignant event as it’s possible there will be no pantomime in this venue next year. Fairfield Halls is likely to close for refurbishment in 2016 and campaigners are concerned it may never open again, but more about that in a moment. The show has to go on, as they say.

Celebrity sparkle was delivered in the form of Buttons, who was played by Catchphrase and Britain’s Got Talent presenter Stephen Mulhern. Other notable members of the cast included Stewart Wright of Doc Martin fame who played Eugenie, one of the ugly Sisters (the other ugly sister being Beatrice played by the show’s director Matt Daines).

Cinderella herself was played by Joanna Sawyer, who is slightly reminiscent of Taylor Swift. This may explain why in one point of the performance she burst into a rendition of Shake It Off.

You will know the story, I’m not going to retell it. There were adult gags aplenty plus some impressive special effects. I can’t say too much without ruining the surprise, but the highlight comes when Cinderella travels to the ball in a very impressive carriage. For a brief moment, the theatre is transformed into a snow scene but as I say, I won’t reveal any more!

The ugly sisters put on an incredibly impressive performance. So much so that Elizabeth, who is three, insisted on sitting on my lap and being cuddled as she found them a bit scary! 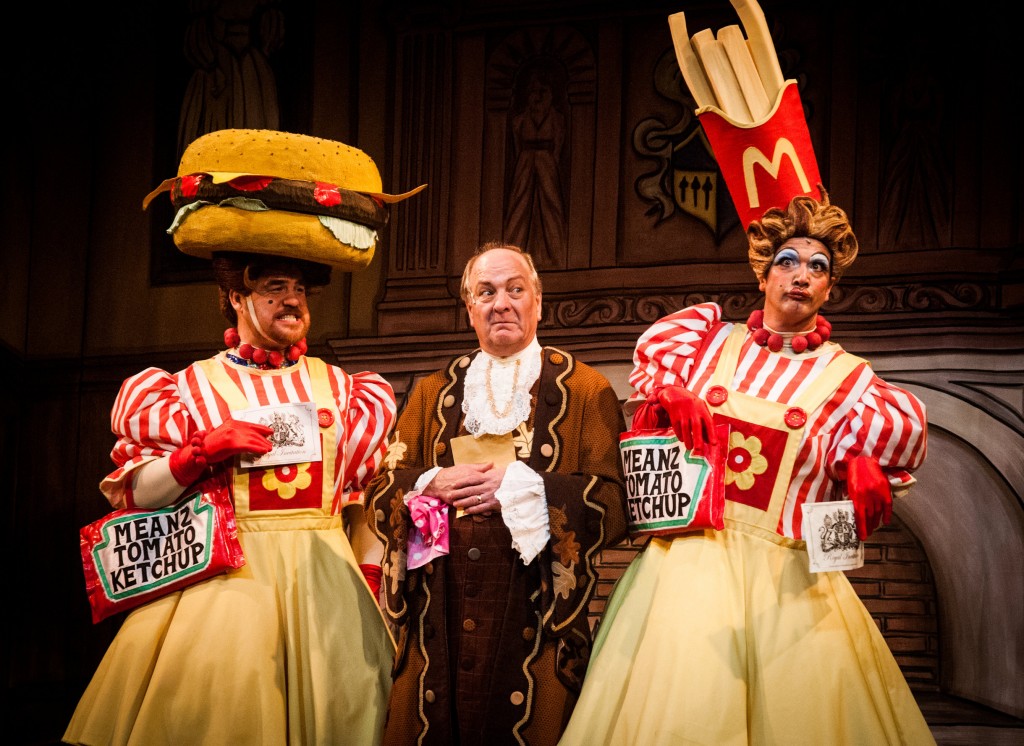 Aside from Toddler Adams’ concerns about the ugly sisters, the kids loved the show. They both left on a real high and are still talking about it days later. Mrs Adams was reduced to hysterics a few times and remarked how much she loves panto.

I agree with Mrs Adams, I really look forward to this time of year and heading off to the panto with the kids. For the third year running the Fairfield Halls has delivered the goods.

The production is running until Sunday 3 January. Tickets cost between £18 and £30 and a family ticket is available for £95. All are available from the Fairfield Halls website. 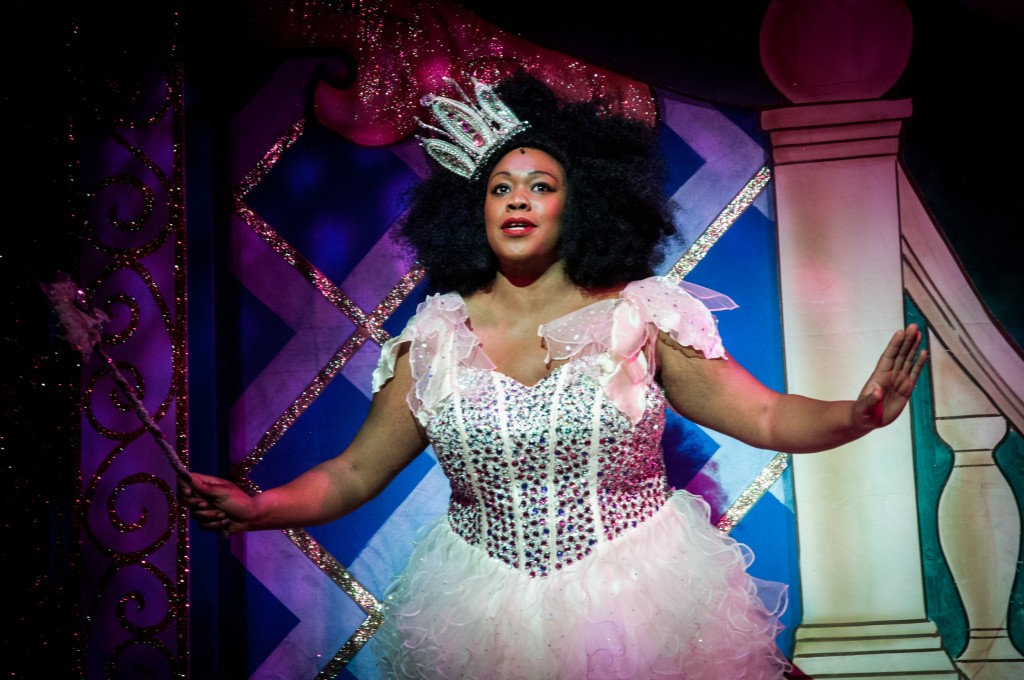 Lisa Davina Phillips (as Fairy Godmother at the production of Cinderella at the Fairfield Halls in Croydon. Pic credit below.

About that refurbishment scheme. The Fairfield Halls is one of those venues you know you should make better use of but never quite get around to it. As a family we probably go two, maybe three, times a year and yet there is always a good array of events there; be it cinema, concerts of all musical genres, theatre productions and so on. We should support the place more as it is reasonably close to home.

The venue, which rather famously featured in the opening scenes of the Da Vinci Code (when Prof Langdon [Tom Hanks] gives his speech at the beginning, yes, that was filmed at the Fairfield Halls), is in need of refurbishment. Of this, there is no question. The local authority has opted for a scheme that will see the venue close for two years while this is done.

However the work is done, disruption is inevitable and that just has to be accepted. That said, the refurbishment scheme will be funded by building and selling flats on neighbouring land. Naturally this has got the local community worried as it potentially a high risk option.

At the end of the performance, Stephen Mulhern took the unusual step of bringing the entire cast on stage. Breaking from character, Mulhern explained the situation and encouraged the audience to sign a petition that’s been set up to oppose the refurbishment scheme as it has been proposed. I’ve signed it, and I would love to think you might do to. You can find out more and sign the petition by following this link should you wish to do so.

Disclosure: I was provided with a ticket to the production for review purposes. Thought and opinions entirely my own.