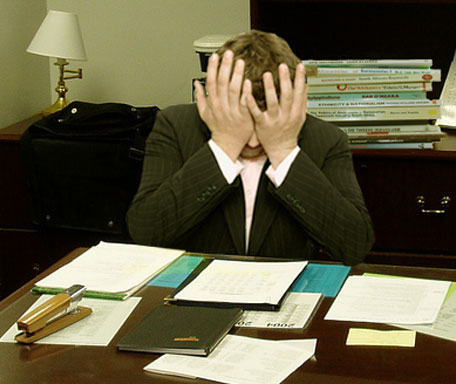 I know how this man feels. It was not easy being a full-time working dad.

Something that’s always baffled me is talk of women trying to “have it all.” I recognise there’s plenty of evidence suggesting women continue to take responsibility for the majority of the housework and childcare in most relationships. Despite this I’ve never felt there’s enough recognition of those men who are involved fathers are also struggle to “have it all.”

If I think back to the days when I was a full-time working dad, this described me perfectly. Just like my wife, I was trying to have the career and nice home life whilst also being there for my offspring. It was a Swan-like existence. I had clean clothes and my outward appearance was good. Helen, my eldest (we only had the one child at this time), was always happy because we wouldn’t compromise on her care.

Our house, however, looked like a complete hovel. We lurched from one messy day to the next as my wife and I always had better things to do than clear up. If Helen fell ill, the routine fell apart completely and my wife and I would have to work the craziest hours to make up the time or work from home while looking after a poorly child. While I have many happy memories of Helen, it’s not a period of my life I look back on with great fondness and I don’t regret leaving the security of paid employment to become a stay at home dad.

Okay, so there are never enough hours in the day to do the housework. Even so, things are much improved since I took responsibility for the household. We all lead a calmer and slightly more stress free existence.

With this in mind I’m rather pleased to hear that a new panel has been set up to consider how dads can improve their work / life balance. Known as the Dadpreneur Movement, the aim is to find ways to encourage dads to launch their own businesses so they can break free from the nine to five working cycle.

The Movement was the idea of Holly Tucker, founder and president of online retailer Notonthehighstreet.com. Here’s what inspired Tucker to establish the Movement;

“We are keen to champion fathers and the importance of the role that they play at home. Dads are often forgotten and whilst the issue of mums struggling to ‘have it all’ is well known we felt that the issue of dads and their work life balance had been neglected. Through our ‘Dadpreneur Movement’ we want to encourage dads to launch their own flexible, creative business and tap into their passions and hobbies as an alternative to the nine to five.”

Before I go on, there’s one comment I have to make. In the past I have publicly stated my opposition to the phrase mumpreneur and made clear I’d never want to be called a dadpreneur. I’m no fan of either phrase, both of which I consider to be very patronising. I’ll be honest, I think a better name could have been chosen but I support the Dadpreneur Movement’s aims and I hope it is successful in drawing attention to the issue of men trying to have it all. Anyway, back to the matter in hand.

To support the Dadpreneur Movement’s launch, a survey of 1,000 UK fathers was carried out, all of them with children aged 16 and under. It found that that;

Whether the Dadpreneur Movement achieves anything remains to be seen. I am, however, hoping it is at least succesful in getting people talking about this subject.