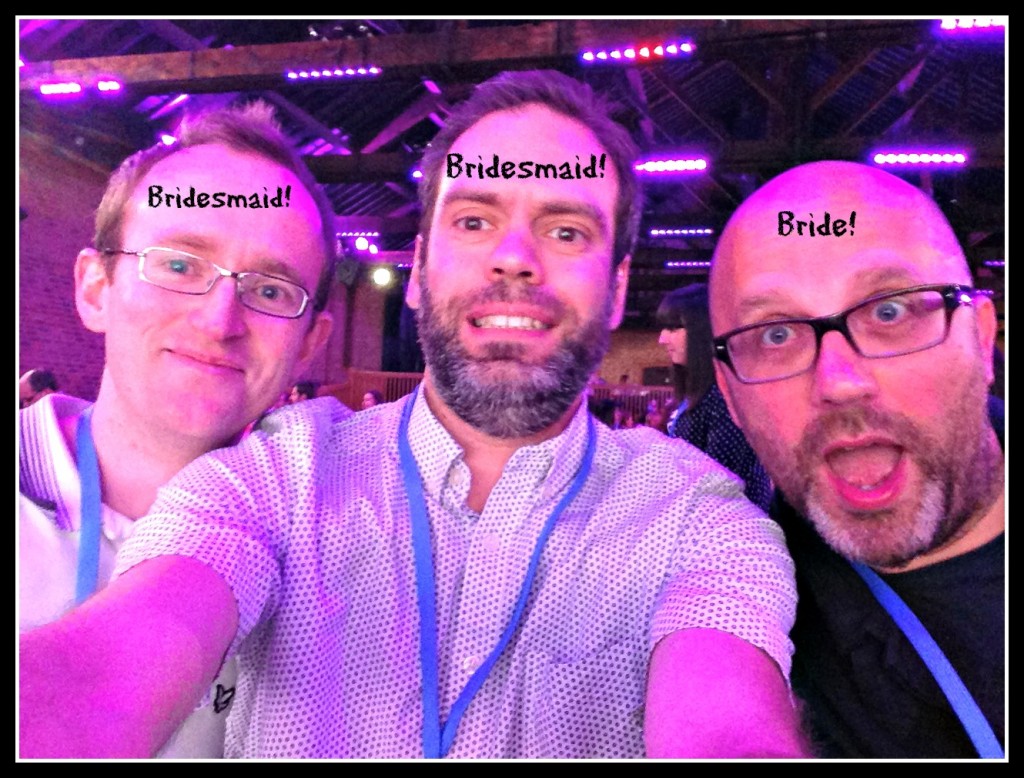 Left to right, Darren Coleshill of OneDad3Girls who was a finalist in the social media category of the BiBs, me, finalist in the family category and Julian Boffin finalist and winner in the writer category.

I’ve scored the hat trick; I’ve attended and survived my third BritMums Live. For me, this year’s conference was a really interesting experience because I actually knew loads of real human beings who were going. Sure, I met loads of mum and dad bloggers that were new to me, but having attended twice in the past, the number of individuals I genuinely knew in real life was well into the double figures.

While the conference is always a fun experience, I always go with the intention of soaking up as much knowledge and experience from other people as I possibly can. Before I go on to the social aspects of the event (and the random discussions about vasectomies), here are highlights of what I picked up from this year’s BritMums Live.

The serious stuff; what I learned:

Google+ is even more awesome than I realised. James Dearsley from the Digital Marketing Bureau provided some very useful hints and tips about using the network. It’s one of my favourites. I use it a lot as it is, but I could do better.

Bloggers should not be afraid to negotiate and should think like business people. This came out loud and clear from Vicki Psarias (Honestmum.com) during the How Successful Bloggers Do It session. I admire Vicki greatly and find she’s very supportive of others from the blogging world. She’s doing huge amounts with her blogs so heed those words! 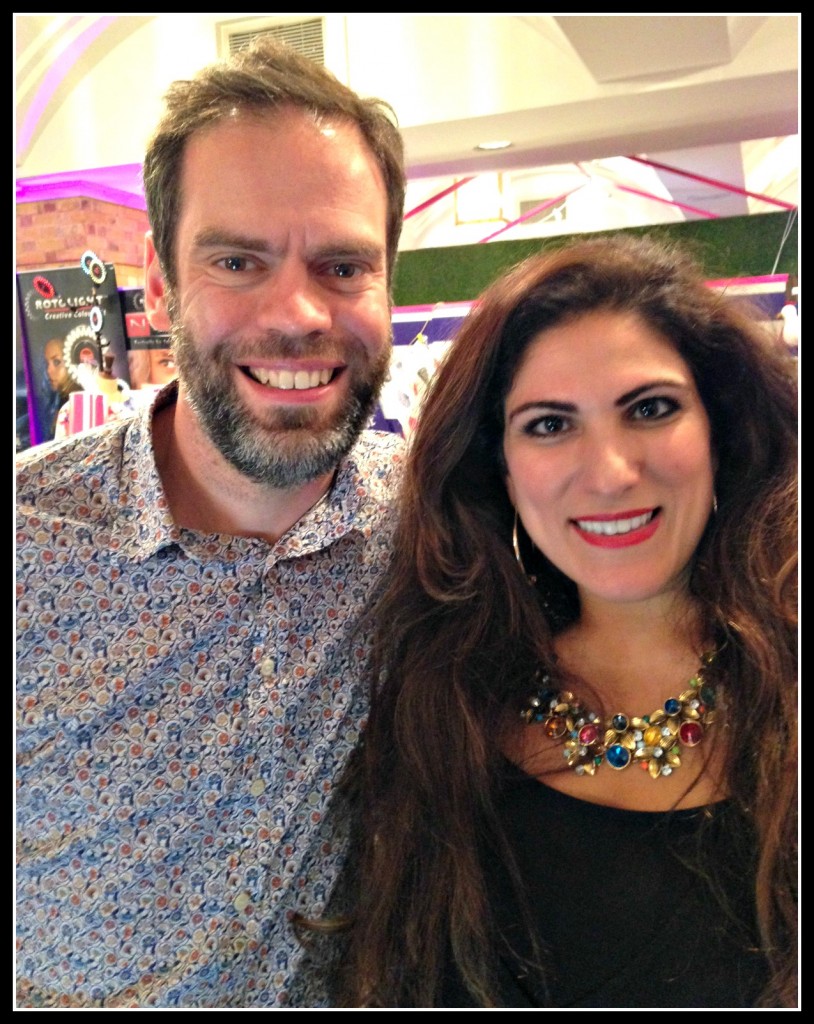 Not that anyone needs telling this, but be careful what you say on social media. Becky Wiggins (Englishmum.com) made clear that Sainsbury’s had trawled all over her social media profiles before offering her the deal for that TV commercial.

YouTube and Pinterest. I know I have to take these channels much more seriously. I had already started revamping my Pinterest site before BritMums but the session given by Jennifer Jain (Jennifer’slittleworld), Helen Neale (Kiddycharts) and Jen Stanbrook (Lovechicliving) was incredibly useful. On the back of what they said I’m going to make further changes to my Pinterest site in the weeks to come.

For some reason it felt like there were more dads in attendance than in previous years. In reality, there were only a couple more than in 2014. Even so, I was approached by mums on several occasions and told it was nice to see dads at BritMums and that we added to the atmosphere (I hope the feeling is universal!).

The Brilliance in Blogging Awards

I mean where do I start? This was a big occasion for me as I was a finalist in the Family category. More by accident than design, I ended up sitting at a table inbetween Darren Coleshill (Onedad3girls) and Jullian Boffin (Northerndadblog). We were the BiBs Boys Brigade; the three male finalists!

Mega congratulations to Julian who won in his category. Alas Darren and I didn’t. The lucky winner in my category was Jessica Paterson who writes the WryMummy blog and a well-deserved win it was too. This, by the way, is the point where I must say a huge thank you to everyone that reads this blog, comments on this blog, assists me with this blog, has supported this blog in some way or voted for me. Without you, I wouldn’t have got to the finals and that in itself was a goal worth achieving. 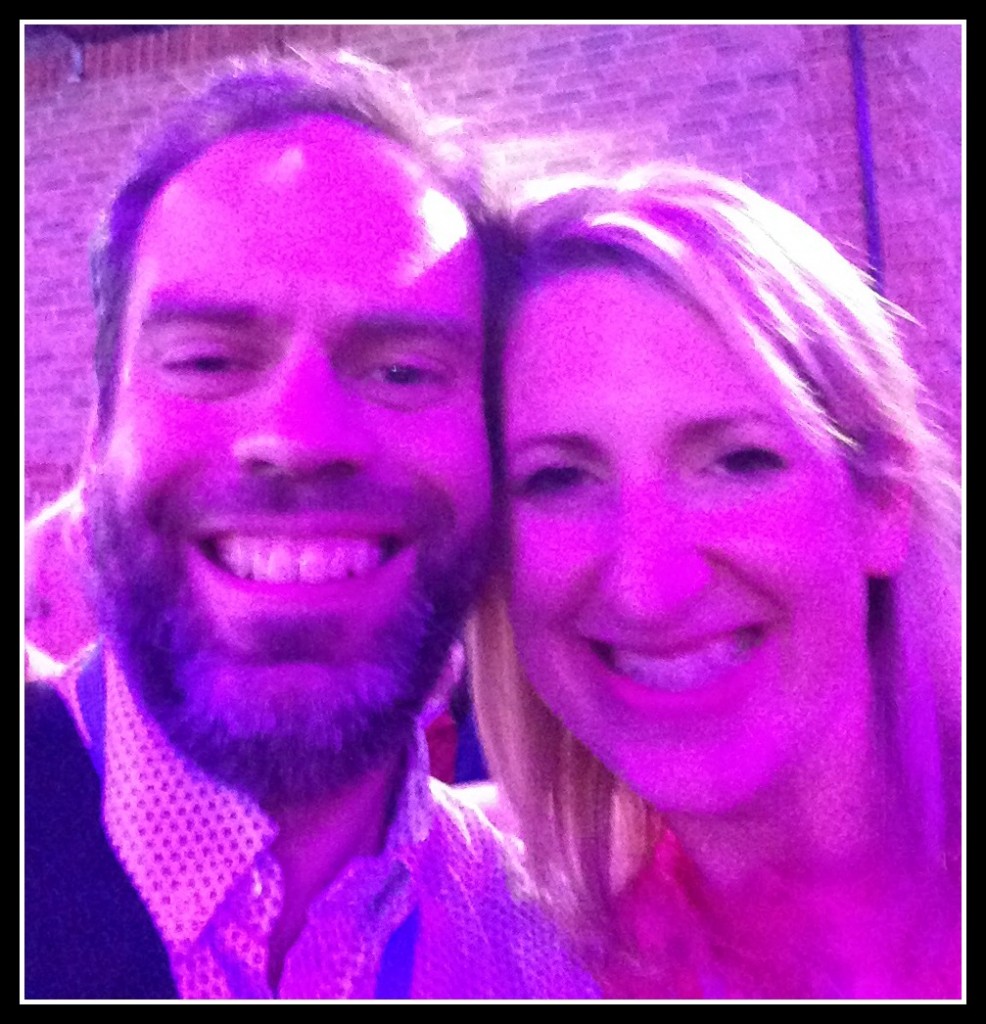 From here the evening got, well, interesting. I went out for a meal at the Finsbury Circus Pizza Express with Tim Liew (Slouchingtowardsthatcham), Daren Coleshill (blog link above), Tony Pitt (PapaTont), Dave Hornby (Thedadventurer)  and Ryan Costello (Dadcreek). It was doughball-tastic and rather amusingly we were sat about three tables way from a group of mum bloggers also attending BritMums Live. 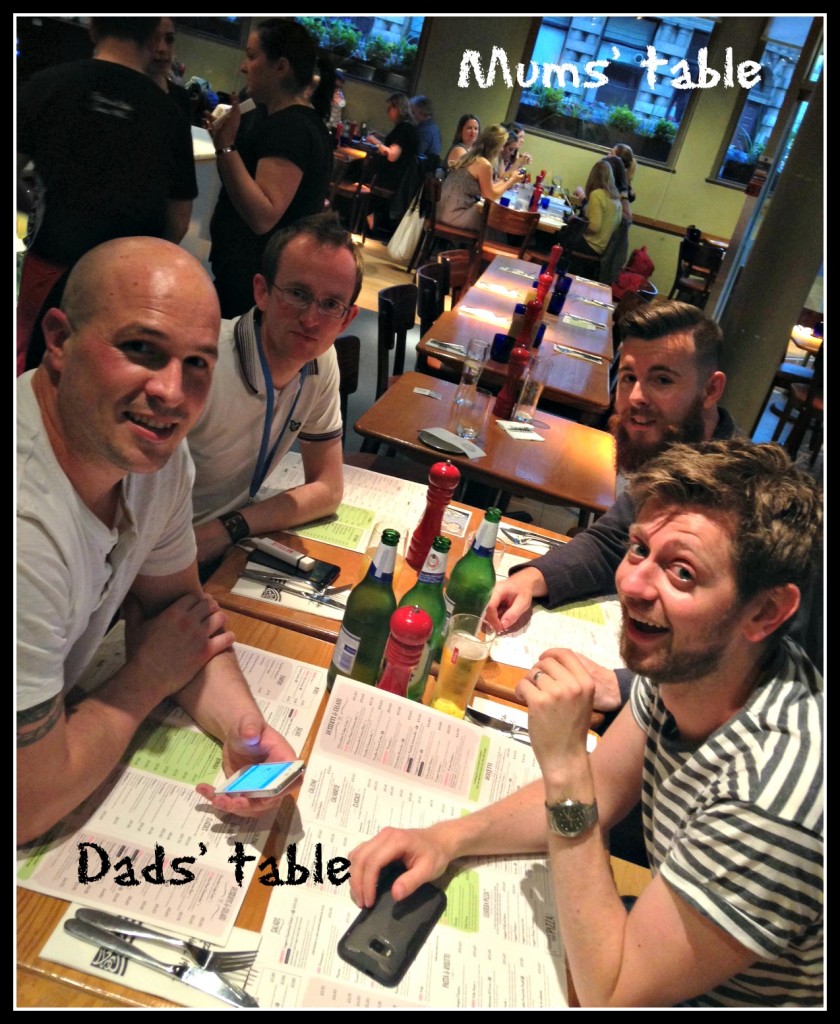 The food was exactly what we all needed. The service also came from a superb Spanish waiter. In fact I even said a few words in Spanish to him myself (lucky chap).

It was at this point discussion turned to vasectomies. I know I instigated this chat, but can’t quite figure out why. I’d probably best not say a huge amount more. Talking about severed vas deferens really shouldn’t be done either on a blog or at the dining table. It’s so ungentlemanly.

Later on that night I found myself in a nightclub in Shoreditch called Traffik. I only know this because of the stamp left on my hand the following morning. I say following morning, in truth it was later the same day. Following a very long walk up The Strand and across Hyde Park I eventually got back to my brother’s place, where I was staying, at 3am. What a night. 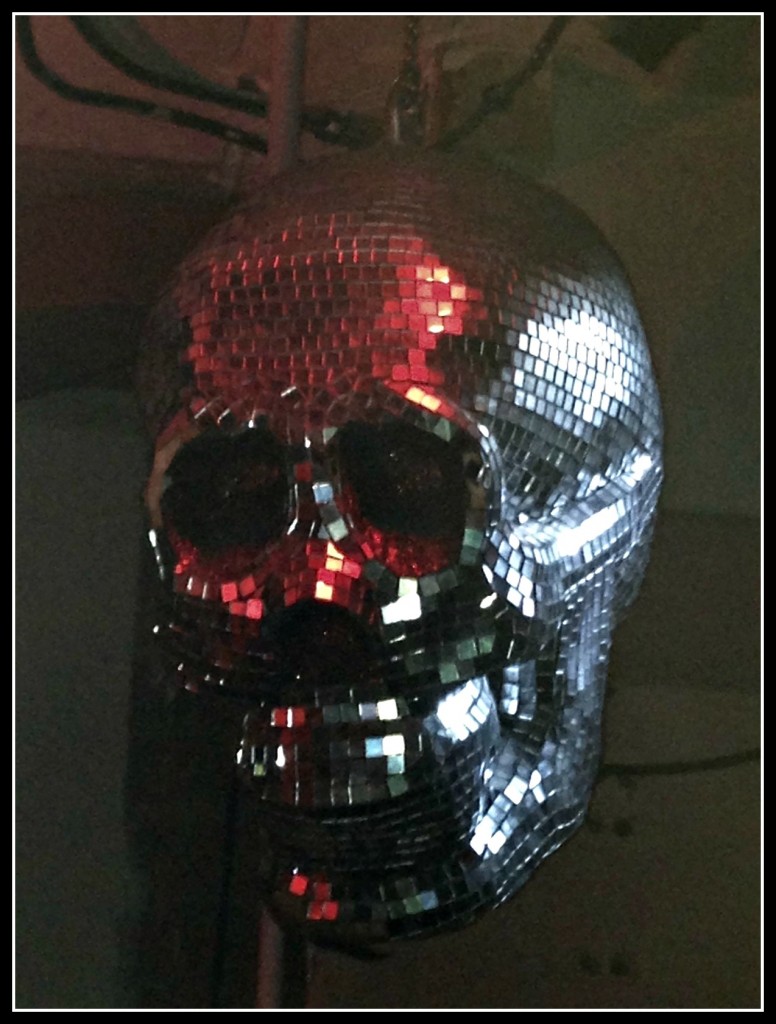 This was hanging from the ceiling of Traffik in Shoreditch. Interesting, yeah?

I met so many wonderful and inspiring bloggers. I just can’t name names because I’ll miss someone out and cause offence. Suffice it to say, you were all great. I’ve made many new friends and contacts. Until next year…