Out of my comfort zone with an image consultant

In the latest of my style-focused blog posts, I put myself well and truly outside of my comfort zone. With no idea what to expect, I paid a visit to an image consultant. At first it seemed like I was going to have make-up smeared over my face, but you’ll have to read on to find out exactly what happened.

I wasn’t exactly sure what to expect when I visited an image consultant. In retrospect it was highly predictable that I would end up sitting in a chair, underneath some very hot stage lights flicking through different coloured fabrics with a ginormous tray of make up immediately in front of me.

I can’t deny it; I was terrified of the make up. I unashamedly use moisturisers and male grooming products but that’s where I draw the line. I didn’t really know anything about image consultants. With guy liner and similar male make up items becoming increasingly socially acceptable on men, I didn’t know if the stuff in that tray was coming my way.

Thankfully, the make up was to remain untouched. Instead I was to spend the next 45 minutes in the company of experienced consultant Lizann Hart of Colour Me Beautiful as she suggested, amongst other things, the kinds of colours I might want to consider wearing.

Before going any further, let me explain what an image consultant does. Regardless of your gender, an image consultant will take a look at your body shape and advise you what clothes might fit best. For us men this is relatively straight forward as there are three main types. For women there are nine so it’s a bit more taxing.

Suggestions will also be made about what might fit best in formal and informal situations. If you aren’t that familiar with the finer aspects of tailoring and the like, this can all be explained to you.

The consultant will also take a good look at your skin tone. Bizarrely, this is where I can claim to have something in common with Antonio Banderas. It turns out we are both classed as deep (in other words, slightly olive skinned). It would be a bit simplistic to say this means I was advised to stick solely to wearing darker colours, but really bleached whites are unlikely to look that great if worn by a deep individual such as myself.

Regular readers will know I’m a skeptical, cynical, former journalist. I was here for the experience. Was there really much that I was going to learn? Crucially, what is the point in an image consultant? Can they really tell you what you don’t already know?

As I got talking to Lizann, I explained that I’d been a dad for the best part of six years. In the early days our eldest had some reflux after being bottle fed and I lived in a uniform of black tee shirts that were bought from Primark, often covered in small vomit stains. When I gave up work to look after the children, my wardrobe suffered as my bank balance nosedived. I am sure this is something most parents can relate to.

Lizann explained that she simply wants to help people feel good about themselves. This may be a parent such as myself who had been a bit too busy to keep on top of current trends. Other people just want a nudge so they can look that bit sharper for a job interview while others have been promoted and need to think more carefully about how they look in the workplace.

Did I come away from this experience with anything? In a word, yes. After several years of running the household, my clothes were getting a bit threadbare and I’d recently ditched a lot of the old ones and spent money I don’t have buying new ones.

When I looked at the colours Lizann suggested I wear, (see picture above) I was amazed to see that everything in my wardrobe that I’d kept was broadly in line with her suggestions. A number of items I’d recycled featured on the best not to wear list. In other words it confirmed my choices.

By the way, the process for picking out what colours you should consider wearing isn’t too arduous. It is simply a case of holding various shades of fabric against your face and neck. There is a science behind it; each colour reflects light in a different way on to your skin. Sometimes you have to look closely to see the difference but I can tell you that pastel pink and bright whites really don’t do me any favours.

Apparently us men are tricky customers. The average male consultation will last 45 minutes as opposed to an hour for women. Women will open up and tell the consultant exactly what they think about any suggestions being made. Us guys are reticent about expressing an opinion. As Lizann pointed out to me, I spent the first few minutes sat in the chair “uh huh-ing” like a poor Elvis Presley impersonator.

As for my thoughts; visiting an image consultant isn’t going to change your life. It is, however, an interesting experience and if you’re one of those people who really doesn’t have a clue about what to wear or wishes to learn more about fashion and style I’d say you might want to think about it. 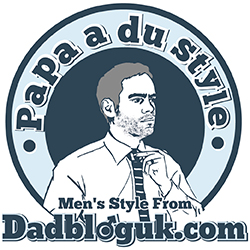