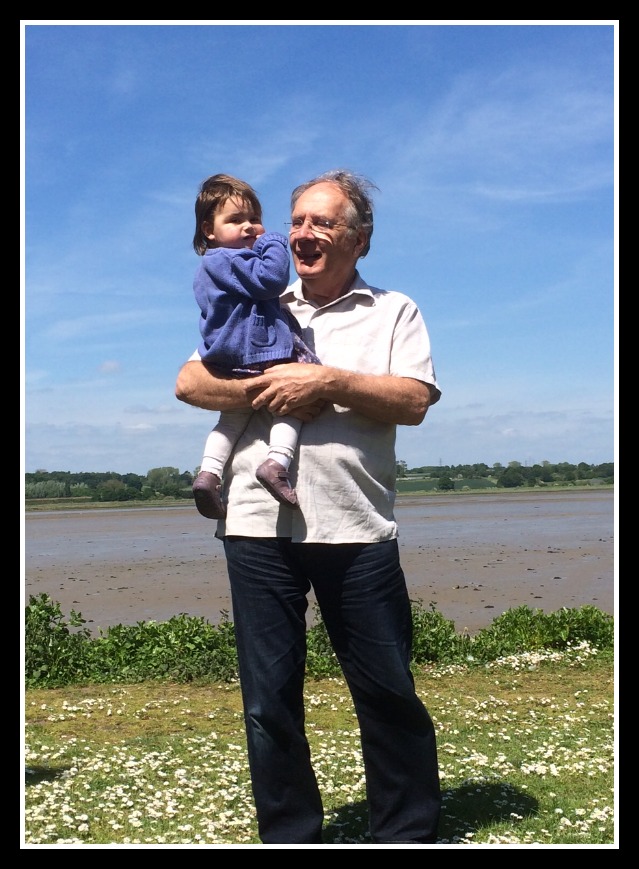 Phil and Erin enjoy some sunshine.

Rainbow Trust is a magnificent charity that provides support to families that have a child with a life-threatening condition. A few months ago I published this post about Craig Snow and his daughter Alisia, who was given a one in ten chance of survival at birth but is now two year’s old. It showed the support he received from Rainbow trust as a dad.

In support of Rainbow Trust’s Big Hour campaign, I’m delighted to publish another guest post. This one gives a slightly different perspective as it’s been written by Phil, a grandad, who lives with his daughter Helen and seriously ill granddaughter, Erin. Please do have a read and give some thought as to what you could do for Rainbow Trust in the extra hour you have now the clocks have gone back.

Until Erin was born, Great Ormond Street Hospital was somewhere I’d only heard about on television at Christmas. It wasn’t a place I thought about or ever imagined I’d spend any time in. Now I know my way around it like the back of my hand, now it’s just part of my life.

I retired a few years ago to take care of my wife who had been diagnosed with a degenerative neurological disorder but sadly, she died on Boxing Day 2012.  My parents in law had just died and the day Erin, my granddaughter, was born, my sister-in-law died too.

I was left alone in my big house so when my daughter separated from her partner when Erin was three weeks old, I asked her to move in with me. She had a flat and would have found it difficult with a new baby on her own so she moved in with me and we have been able to support each other.

A short time after Erin was born, Helen, my daughter, noticed a rash on Erin’s skin. She took her to the doctor who gave her a number of creams but nothing helped. After numerous visits to the GP, she was referred to Great Ormond Street Hospital where Erin had a skin biopsy and had her blood pressure taken which was very high. She was sent back to the GP to manage her blood pressure over the next 24 hours. Her blood pressure would not lower and Erin was rushed to Great Ormond Street Hospital where she spent seven weeks undergoing many tests. She was diagnosed with a number of serious health issues including abnormalities of the arteries in the kidneys.

I drove the 68 miles/90 minute journey from Colchester to London every day to spend time with Helen and Erin. My being there meant that Helen could speak to the consultants and understand what was happening and I could watch and comfort Erin.

Erin recently had a liver biopsy and is next scheduled for a bone marrow biopsy to see what else is going on. 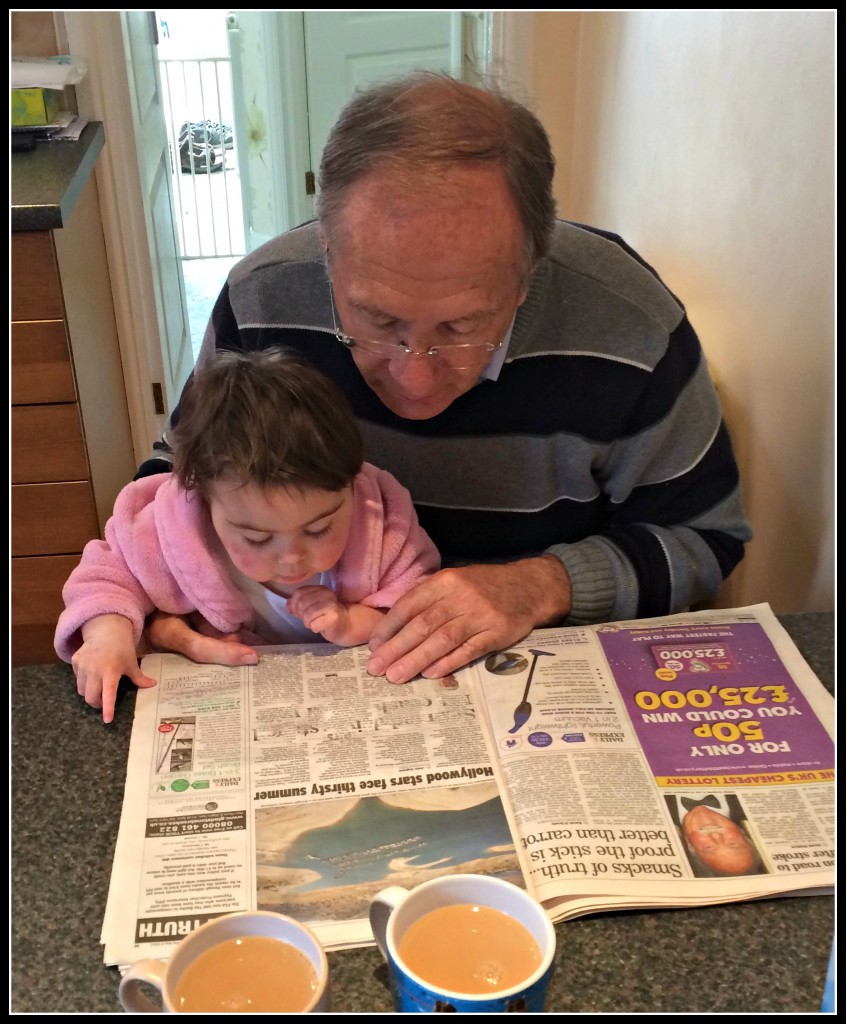 Sarah, an Essex based Rainbow Trust Family Support Worker started supporting us after we were referred to the charity by a Community Nurse. Sarah helps out with hospital appointments driving Helen and Erin up to London so Helen doesn’t have to worry about parking or traffic, which I am so grateful for. She also comes to the house and plays with Erin which gives Helen and I a break. As a toddler, Erin needs to be watched all the time and as her little body is so fragile, we need to keep an eye on her constantly, which can be exhausting so the break is a welcome relief and takes some of the pressure off of us. The hours of support that Sarah gives us are so precious and make our lives feel that bit more normal.

Erin accepts the tests she has to have and holds out her little arms now for nurses to take blood but she gets distressed when she has to be held for certain tests or treatments. Helen holds her and once it is all over I like to take her out of the room for a walk or a play. It just gets her mind off of it and calms her down. Erin spent three months of the last 11 as an in-patient and had over 30 consultant appointments.

Erin is a joy to watch when she is on good form. It is wonderful to get out in the garden – she pulls the plums off the bottom of my plum tree and loves to ride in the Thomas the Tank Engine I built for my older grandchildren. She loves to play outdoors with her granddad and I love spending time with her.

I haven’t got anything to complain about, I’m 66 and fit and Helen doesn’t put upon me. I am happy to help. We take Erin to Tesco for groceries; if Helen is mixing Erin’s medicines, I run the bath or play with her to keep her occupied.

When I retired I’d bought a motor home which my wife and I hoped to travel around in but now Helen, Erin and I use it to go for ice-cream as it’s got a fridge so we can store Erin’s medicines.

I wouldn’t say having Erin and Helen at home with me is a struggle, it’s what I am supposed to do, and it’s what I want to do. I wouldn’t have my life any other way. Sarah and Rainbow Trust’s help makes our lives so much easier and has made a tough situation more bearable. That hour of support makes such a difference to our lives, we couldn’t do this without her.

Please support families like Phil and Erin’s by taking in part in Rainbow Trust’s campaign. You can find out more by visiting www.rainbowtrust.org.uk/bighour or calling 01372 220013.