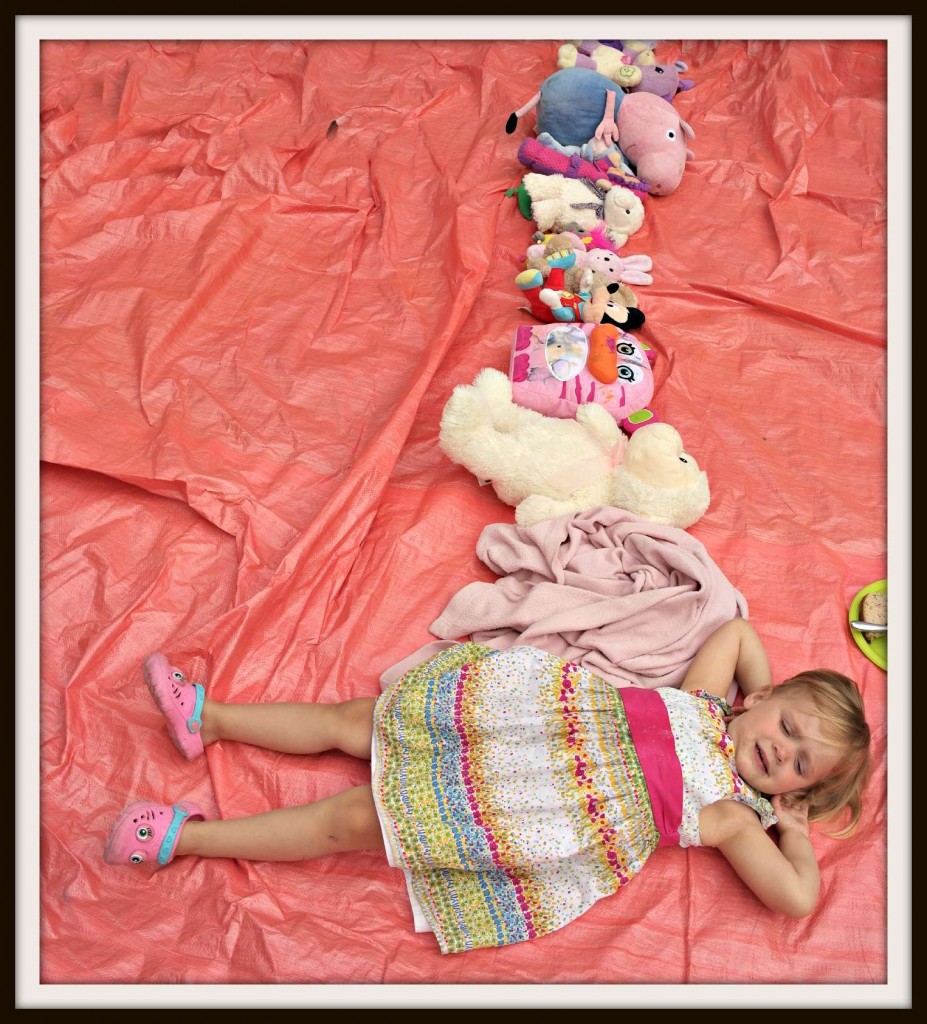 Toddler Adams relaxing with her teddy bears as they have a picnic.

At first glance, it may not be apparent what is going on in this picture. What it actually shows is Toddler Adams in the midst of a teddy bears’ picnic.

This was part of the scene that greeted me when I stepped outside the house the other day. My two girls had been playing in the garden and big sister Helen had come up with the idea of having a picnic.

The two of them had found a couple of tarpaulins to use as picnic rugs. Helen, who chose not to be in this picture, had even made some sandwiches and rather cheekily helped herself to some yogurt from the fridge (you can just see a green plate to the right of the shot).

Both girls then surrounded themselves with cuddly toys and ate their feasts. It was a joy to watch. Helen had even made a sandwich for me and I had to sit down and eat with the kids.

I love moments like this when the children get creative with make their own entertainment in this way. It shows they both have a vivid imagination.

I’m linking this image to the wonderful #CountryKids linky which can be found on the Coombe Mill blog. Click on the badge below for more.