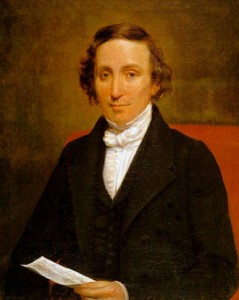 Despite my best efforts, mornings can be manic in my household as I battle to keep the children calm while getting them ready. Life was more relaxed Before Helen, our eldest, started in reception class. Now she has to be dropped off at a regimented time, the pressure is on.

Over the past few months we’ve all adjusted to this change. Like any household with young children, however, the mornings are exceptionally busy.

A few weeks ago I was started watching a BBC3 television documentary called Tough Young Teachers. As the name suggests, it follows a group of young teachers working in harsh, inner-city schools.

One of the programme’s participants, Oliver Beach, plays classical music at the start of every lesson. The aim is to calm his excitable pupils down before he starts teaching.

Reading this was like a Eureka moment. I wondered what impact it would have on my kids’ behaviour if I played them music at breakfast time. Would it make the morning rush less manic?

I’m several weeks into this experiment and I’m telling you there is no going back.  The impact has been phenomenal. It’s been so effective that it’s become part of the daily routine.

You’re probably wondering what music I play. Following in Beach’s footsteps, I started by experimenting with classical music. I’m more likely to listen to Motorhead than Mozart so I was a bit out of my depth. Despite my philistine tendencies, I have discovered that almost anything by Chopin works very well, although it’s best to avoid his Noctures as they tend to gee the kids up.

Knowing more about jazz than classical music, I tried a few artists from this genre. In my experience so far, the absolute gold standard is 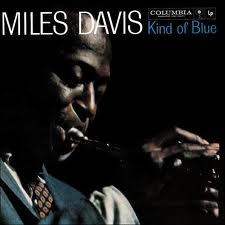 Miles Davis Kind of Blue. Ideal for calming children down, though I’m not sure Davis would have approved of his music being used this way.

the classic Miles Davis’ classic 1959 album Kind of Blue. For whatever reason, this just keeps the children calm.

I have experimented with a few Spoitfy playlists that declare themselves to be calming. Soft guitar-based music works very well. The thing

I’ve learned to avoid is trance or any form of electronic music. No matter how slow and down beat it is, it just winds the children up.

That’s my approach, but how do you keep your children calm in the mornings? Do you have any ideas or suggestions? Or do you think I’m completely bonkers?