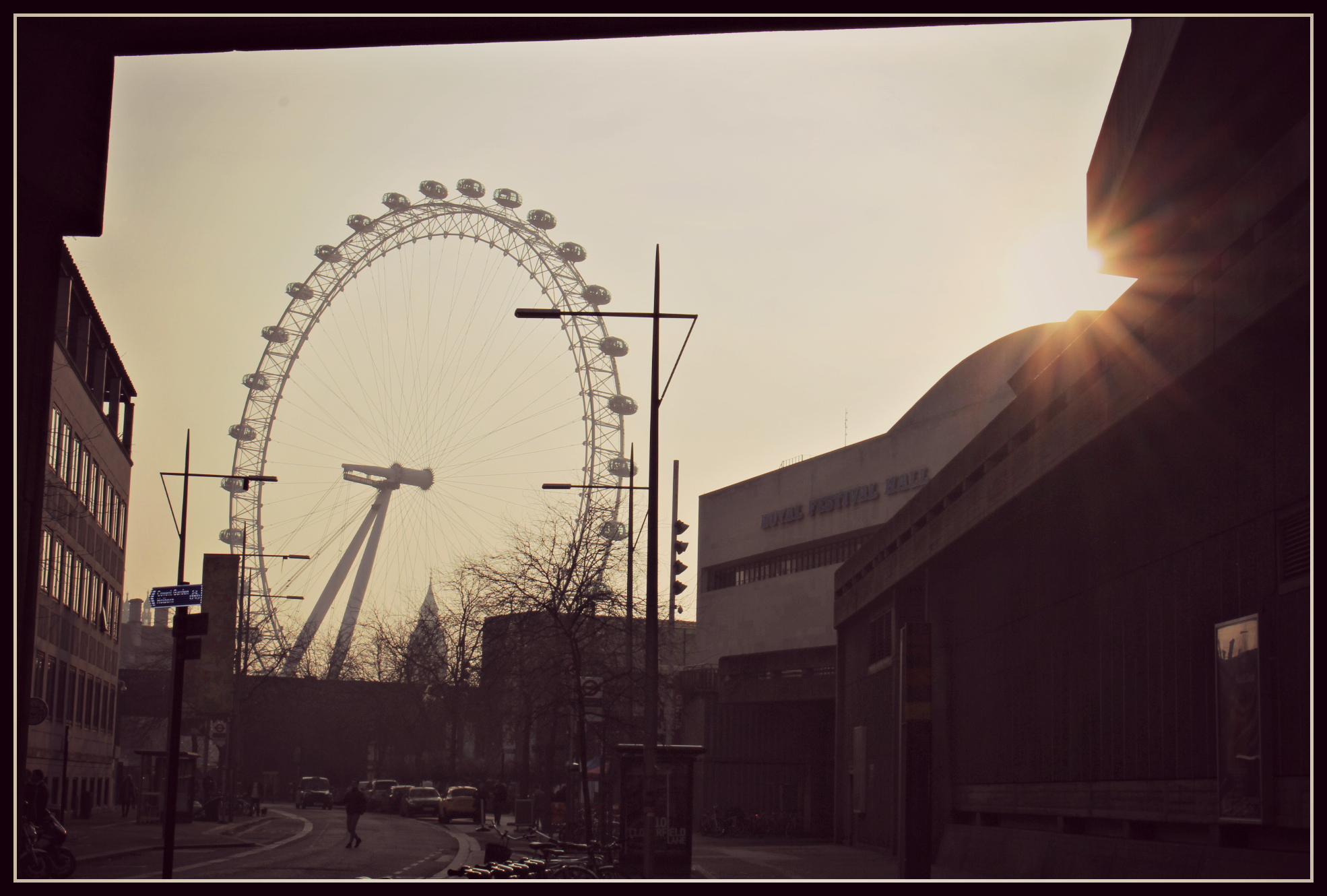 The London Eye, shot from underneath Waterloo Bridge in the late afternoon sun. I took the image having just participated in a panel session at the Women of the World Festival in London.

Here’s a photograph I took on Friday. It was a glorious Sunny afternoon in London and I had just taken part in a fascinating panel session called Childcare Utopia at the Women of the World Festival.

The photograph was taken from underneath Waterloo Bridge. Look in the top left and you’ll see part of the bridge has snuck into the frame.

I thought it gave an alternative view of the London Eye. I also thought the street lights, concrete buildings, bus stop etc. made it an edgy street scene. The late afternoon sun flaring in at the top right also added to the picture.

If I’m honest, I’m in two minds about the picture. I can’t decide if it’s a good shot, or the kind of image I’d have taken when I was 16 and flounced off declaring it was a work of art. I’m minded to go with the former, but what do you think? Regardless, the technical details are as follows: ISO 100, aperture f11, focal length 35mm and shutter speed 1/400sec.

For those interested in such things, I will be returning to the Women of the World Festival later today (Sunday) to participate in another panel session. This one will focus on the reasons men don’t do as much housework as women and will be chaired by none other than Laura Bates of the Everyday Sexism Project.

As is my habit on a Sunday, I have linked this image to the #MySundayPhoto linky hosted by the marvelous Photalife blog. Click on the badge for more.

Accepting you’ll never be a dad. Episode 6 of m

Financial goals for 2021. I’ll tell you what my