Women of the World Festival; one man’s experience

My world has been dominated by one thing over the past few days; the Women of the World (WOW) Festival that took place in London’s Southbank Centre.

As I revealed the week before last, I was presented with a great opportunity to speak at two sessions during the festival. The first one on Friday was called Childcare Utopia and compared the expensive, British childcare system with the heavily state-sponsored systems in the Nordic countries. The final session I spoke at took place yesterday (Sunday, 13 March). It was called Chore Wars and Domestic Lives and explored the reasons why men don’t do more housework and childcare.

I was quizzed by one or two individuals who expected me to turn such an invitation down. Truth is, if an event has the words “mum” or “women” in the title, I find myself drawn to it. As a stay at home father I think such events are a superb opportunity to discuss and highlight the issues I find myself dealing with.

I confess, however, that I was a little nervous about attending. I had certainly heard of WOW festivals before, but never attended one. It’s a global movement and I knew this was a high profile event.

During both sessions I was going to be the only guy participating and the list of other speakers who had spoken over the weekend in other sessions was simply awesome. Among the many participants were Annie Lennox, Sandi Toksvig, Sharmi Chakrabarti, and Caitlin Moran. The Chore Wars and Domestic Lives session was going to be chaired by none other that Laura Bates, founder of the Everyday Sexism Project. How did lil’ ol’ me end up in amongst this amazing mix of people?

Was I going to get a rough ride? Would it be like the Rev Ian Paisley going for a casual stroll in the Vatican?

As it happens, I had been told to expect a carnival atmosphere. That’s exactly what I got. Far from being the odd man out, I found myself being made to feel very, very welcome. There seemed to be a genuine desire to hear things from the guy’s perspective and to understand it.

So what exactly was discussed? The Childcare Utopia Session was truly fascinating. The session was chaired by Shazia Mustafa, a member of the Women’s Equality Party and co-founder of Third Door, a co-working space and nursery in South London. Other participants included former Finnish MP Johanna Sumuvuori, a Danish mum of two presently living in London and an Icelandic nursery school teacher who has worked in the UK.

I won’t go into detail bout the Nordic system. You can read about it in detail here. Suffice it to say, all the Nordic countries invest heavily in quality childcare that is available to children from a younger age compared to the UK. They also have better parental leave systems in place and this pincer movement has led to improved gender equality in the workplace and home.

The first thing that struck me about these three Nordic women was their confidence and no nonsense, can-do approach. They spoke about parenting in a much more collegiate way; it was something to be done by men and women and it was quite normal for men in their respective nations to look after children and for women to be in the workplace. The education systems were also designed to promote gender equality.

As I said to the audience, I had planned to turn up and say that it would be fantastic for the UK to have such a system in place, but that we simply aren’t a Nordic nation. We have a bigger, more diverse population, we aren’t as socialist in our outlook and we’d never tolerate Nordic rates of taxation.

When I was doing some research ahead of the event, however, I stumbled across a fascinating nugget of information. The UK spends 3.6% of its Gross Domestic Product on families. Bizarrely this makes us one of the most generous nations in the Organisation for Economic Cooperation and Development in terms of spending on the family. By comparison, Denmark invests slightly more at 3.7%.

The big difference? The UK pumps all its money into tax credits and benefits while Denmark provides practical solutions such as childcare facilities that families can make use of. The result; greater involvement of Danish women in the workforce and greater involvement of Danish men in the home and family. The UK, meanwhile, seems to be unwittingly perpetuating a benefits culture that no one, well, ‘benefits’ from. Instead of saying the UK simply couldn’t replicate what happens in the Nordic countries, I said we need to revisit our priorities and what we spend our money on. 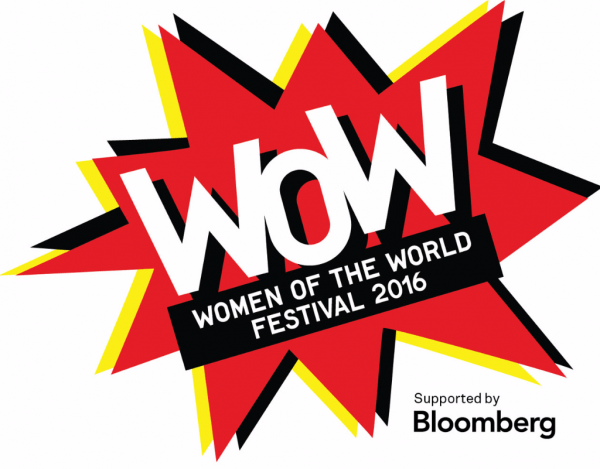 A couple of days later I was back at the Royal Festival Hall for the Chore Wars and Domestic Lives session. This session was inspired by the #ChoreChallenge campaign that was, in part, organised by the Everyday Sexism Project.

In addition to Laura Bates of Everyday Sexism, the panel was made up of writer and teacher Lola Okolosie, Rowan Davies who is head of policy and campaigns at Mumsnet and counsellor and lifelong feminist Pauline Latchem.

This session was a real eye opener for me. I could go on in detail about all that was said by the brilliant panel and equally brilliant audience. Instead I want to focus on one aspect I found truly staggering.

I was genuinely stunned about the level of guilt and pressure that women said they felt. One thing came out loud and clear from the panel and the audience; women feel under massive pressure to run the perfect home and to have housework and childcare done to their standards.

As a guy fulfilling the traditionally female homemaking role, I’ve never felt that pressure. As I explained to the audience, it’s one of the fringe benefits of being a stay at home father; you don’t face the same judgement.

I said women needed to give up the guilt and pressure and accept the fact that men can do this stuff. Us men may do things differently or to different standards, but we’re quite capable of looking after our children and doing housework. The challenge, of course, being to get those men who don’t see it as part of their role, to get active on the domestic front.

There was so much more I could say about that session. To be honest it needs its own book, not a blog post. I think I prepared about 10 pages of notes before the session and we all agreed there was just so much to discuss on this subject.

That was my experience of WOW. I’m pleased to say it was nothing like Paisley visiting the Vatican. It was fun and raised some fascinating points for consideration. Above all, it was very inspiring.

Were you at WOW? What were the highlights for you? Do you think we need a Nordic system of childcare? Crucially, do you agree women need to drop the guilt and pressure?

24 thoughts on “Women of the World Festival; one man’s experience”