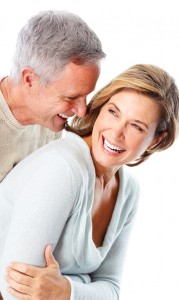 Online dating; would you do it if you found yourself single and mature?

I am a married man. I don’t “do” internet dating. That said, drum roll please, I ‘ll confess I dabbled with it in my early thirties.

At this point I’m going to be far too candid and tell you far too much about my background. Throughout my twenties I was in a very long term relationship (over ten years). I won’t go into the reasons why, but we split up.

It was a major split. Property had to be sold, people considered close friends vanished and so on.

Finding myself single, I had no idea how to go about dating. In fact, I recall on one occasion being set up by a friend to go on a date with a wonderful Welsh lady. I called her the next day to tell her I’d had a great time and wanted to see her again but couldn’t understand why she was being a bit funny with me on the phone.

I’d only ever dated in the 20th century. This was the 21st and I’d unwittingly broken a major rule of the dating game. I had called my date instead of sending a text! Having not been dating in eleven years and technology having moved on so much, I had no idea I was making such a basic mistake.

We went on a number of dates, but it didn’t work out between the two of us in the end. even so, I have happy memories of spending time together.

Inspired by a work colleague, I then gave internet dating a go. Again, I had some great times. I thought it was great fun and I know of at least two couples who met this way and went on to have children.

If I ever found myself single again, I’d happily try Internet dating again. Of course I’m a little older now but there are sites out there like Single and Mature that cater to those aged 40 and older.

I think this is a fantastic sign. It shows just how mainstream internet dating has become. So much of our lives is lived online these days it makes perfect sense for people to try and find a partner and companionship this way.

I’d be curious to know, have you tried internet dating? What were your experiences? If you ever found yourself single, do you think you’d try it?

This blog post was produced in association with Singleandmature.com. For more information about collaborative blog posts please see this page.