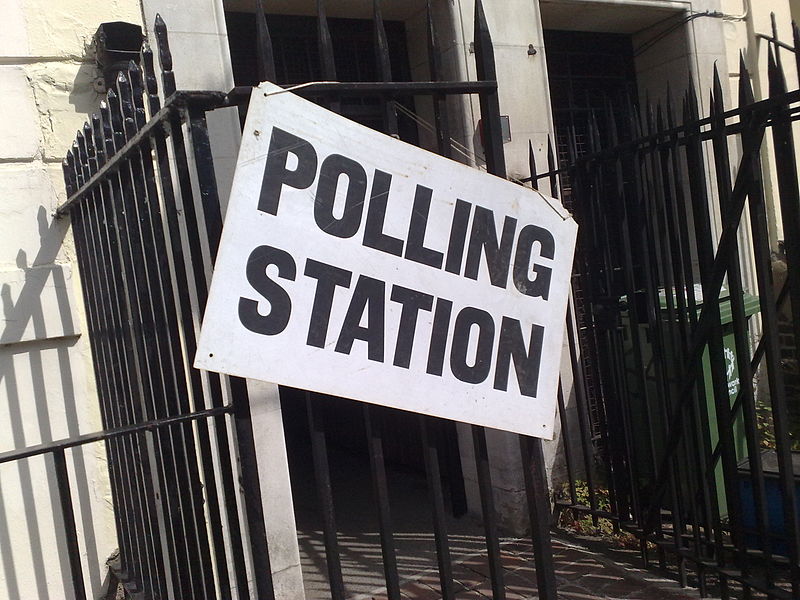 Helen came with me to the polling station. She claimed it was “boring” but couldn’t wait to visit a second time. Pic credit below.

As I write this, the General Election is over, the final few ballot papers are being counted and it seems as if we are heading towards a Conservative Government with a small majority. I’m not going to outline what I think of this. Instead I thought I’d write about how I’ve used the election in a valiant, if not entirely successful, attempt to educate my eldest daughter.

Despite only being six years old, I often discuss current affairs with Helen. I believe it’s important as I want her to develop a rounded view of the world. Whether it’s the earthquake in Nepal, events in the Ukraine or the General Election, we chat about them.

I’m always amazed at questions she asks when we have these discussions. She comes out with some very poignant remarks. I was, in my younger days, a journalist and I can’t help wondering if I’ve passed on some kind of current affairs gene to her.

Thinking that she might find it interesting, I took her along to the polling station when I cast my vote. She was really excited about going. To manage her expectations, I explained to her exactly what to expect when we got there and what would happen.

Our polling station is in the hall of a primary school and the second we got into the building she ran up the steps and started playing around with stage props that had been left out! Once these had been put back, I showed her the ballot paper and talked her through who all the candidates were.

This is where it got interesting. One of the candidates was from the Class War party and so the ballot paper had a skull and cross bones on it. Needless to say this appealed to my daughter. Having explained that we have some relatives who live in David Cameron’s constituency, she was adamant I should vote Conservative (whether I was persuaded by my daughter or not shall remain a mystery, I don’t beleive in making such details public).

As an aside, Helen was very worried about the SNP winning in Scotland. I’d explained that the party wants “to make Scotland a different country.” Helen didn’t like this idea as she was concerned it might be difficult to visit Granny in future because she lives near Glasgow.

With my vote cast, we left. Helen’s response; “That was a bit boring.”

This wasn’t quite what I had hoped for. Even so, I know I have nurtured an early interest in the political system and I think that’s no bad thing.

While I found Helen’s response a little disappointing, this story has a happy ending. When my wife returned home from work, she announced she was going straight back out to vote. Helen clearly hadn’t found her initial experience that boring because she asked if she could go along. Sure enough, Helen went to the polling station for the second time in a day.

Have you spoken to your children about the General Election? Did you take them to vote? Were your children interested in the election at all? Please leave a comment below, I’d be curious to find out.

Have you heard the news? I’ve been shortlisted for a Brilliance in Blogging Award in the family category. Will you please consider voting for me so I can make it through to the finals? It’s really simple, just follow this link and choose Dadbloguk in category 13. Thanks in advance to all who have voted already.