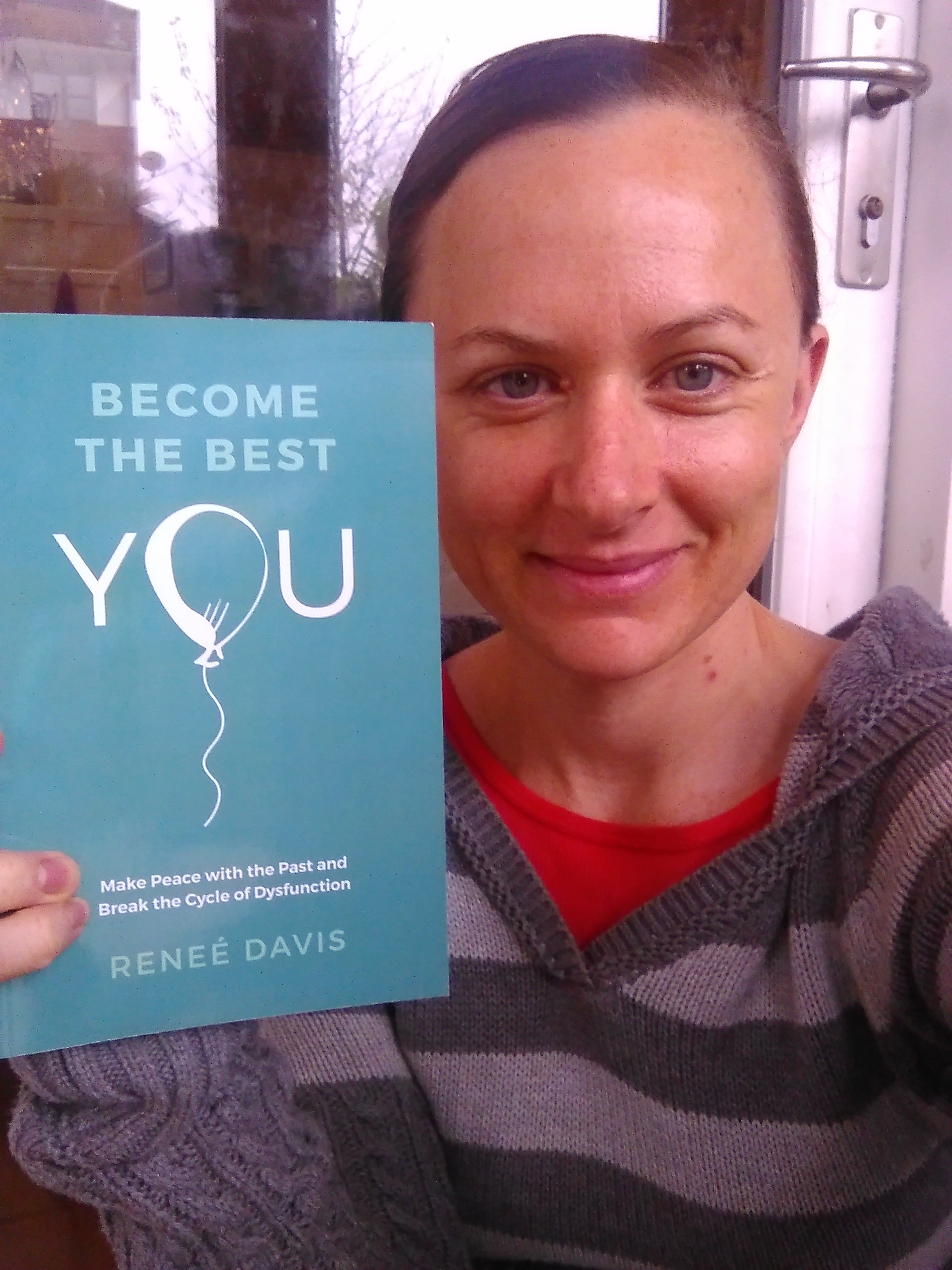 Reneé Davis with a copy of her new book, Become the Best You.

A few months ago I had the good fortune to attend a blogging event at which I met Reneé Davis, who writes the blog Mummy Tries. I bumped into her later the same afternoon on an exceedingly busy London street as she was making her way home. Reneé had one child strapped to her front in a carrier, one in a buggy and the other was holding her hand. It was quite a sight and as someone who only has two children, I was very impressed.

Getting serious for a moment, Reneé, who has just published a book called Become the Best You, has vast life experience, not all of it positive. She has kindly written the guest post below. In it, Reneé explains that she has learned to accept her past, created a wonderful family and questions whether luck exists or whether life is what YOU make it. I hope you’ll agree this post is a fantastic way to end 2015.

Do You Believe in Luck, Or is Life What We Make of It?

As the end of the year draws in, I’ve been pondering the subject of luck. Some would say that every situation in life, good and bad, is orchestrated to be that way by putting ourselves in certain places at certain times. By doing this we are creating opportunities for things and events to happen as a result. Some would argue that nothing in life is down to luck and coincidence. I certainly haven’t had a charmed life, or been followed around by a lucky star. Quite the opposite.

After a dysfunctional childhood I left home at 15 without qualifications and just £50 in my pocket. My teens and early twenties were spent in self-destruct mode – I drank too much, partied too hard and flirted with the dark side whenever I could. Those days were peppered with making bad decisions, and having to live with the consequences afterwards.

Eventually it all came on top, and at 22 I suffered my first mental breakdown. A friend put me in touch with an amazing counsellor, who taught me many things. Top of the long list was that I needed distance from my toxic family; that I deserved to be loved; and how to respect myself. She tried to educate me on the pitfalls of getting obliterated, but I wasn’t ready to listen at that point. Eventually I would a few years later, after breakdown number two.

The first thing I did after leaving home was get myself a job, and no matter what else was going on I always worked. At first they were cash in hand roles – in grim market caffs and glorified pound shops. My bosses were the kind that employed young girls and regularly got us drunk to try and take advantage. I upgraded to department stores as soon as a I was legally able to work, but the money was terrible.

Somewhere along the line I realised that there must be more to life, and that I didn’t have to resign myself to that being the best it got. So I did a string of crappy local office jobs to get some basic computer skills behind me.

Then one day I took my fearless 18 year old self into the City of London, and knocked on doors of recruitment agencies until someone gave me a two week temp job on the reception desk of a large financial firm. This temporary assignment led to a classic ‘lucky break’, a three month contract where I had to prove myself worthy of a permanent position.

I took the challenge seriously, and did everything in my power to ensure I excelled and was given the job afterwards. That was the start of my career, and I stayed mostly within reputable City firms from that day on, and earned far more money than I ever dreamed I would just a few years previous.

When I was made redundant from a bank aged 24, I received a nice payout. After briefly toying with the idea of getting onto the property ladder, I decided to go travelling instead. I had many adventures and met lots of interesting people, a good handful of them are still a part of my life to this day.

The trip was the best decision I ever made, because it was where I met the man I now call my husband. I’d been on the road for almost six months at that point, and in South East Asia for two. We met in a bar on Serendipity Beach, Cambodia. It was supposed to be my last night in the town before heading elsewhere, and it was his first night there. I changed my plans and stayed put.

I don’t know if it was ‘love at first sight’, but sparks definitely flew. We had six blissful weeks together, and when we went our separate ways (him to Australia and me home) it was horrendous. After a couple of days in the UK I realised I was making a huge mistake, and within a fortnight I was on a flight heading down under.

My future was uncertain and funds were fast running out, but I knew I would regret not going and seeing what could have been. We spent a year between Australia, South East Asia and home, then decided to head back to Cambodia around our first anniversary. Shortly afterwards I cut ties with my entire family.

We had a crazy year of partying and living life as carefree ex-pats, but my drinking was out of control by then. I was mourning the loss of the people who had previously been my ‘nearest and dearest’, and I was an absolute mess. When we returned home a year later it was separately; we then had an awful on again/off again relationship for the best part of another year.

Breakdown number two came in the November, which is when I finally woke up to my addictions and demons, and ‘got clean’ as they say in the movies. I also realised I was in great danger of losing the best thing had happened to me.

I changed every single aspect of my life in order to turn it around. From quitting drugs and alcohol, to cutting out negative influences, to eating better and spending less money. I got truly happy, and finally made peace with my painful past.

Hubby gave me one last chance, and we headed into a brand new year under very different circumstances. I was no longer unable to have a glass of wine without finishing the bottle. I no longer had any interest in going out clubbing all night. I worked incredibly hard to became a better person than the one I was perhaps ‘destined’ to be given my background.

That was almost a decade ago, and each year I have improved upon the last, continuously striving to be the best me. It’s not always been easy, but it has most definitely been worth it. I now have a gorgeous family – a wonderful husband and three beautiful children.

I’ve never really considered myself to be a lucky person before, but I realise that I’ve been looking at it all wrong. I have everything I once thought I’d never have, and that makes me the luckiest lady on this planet. 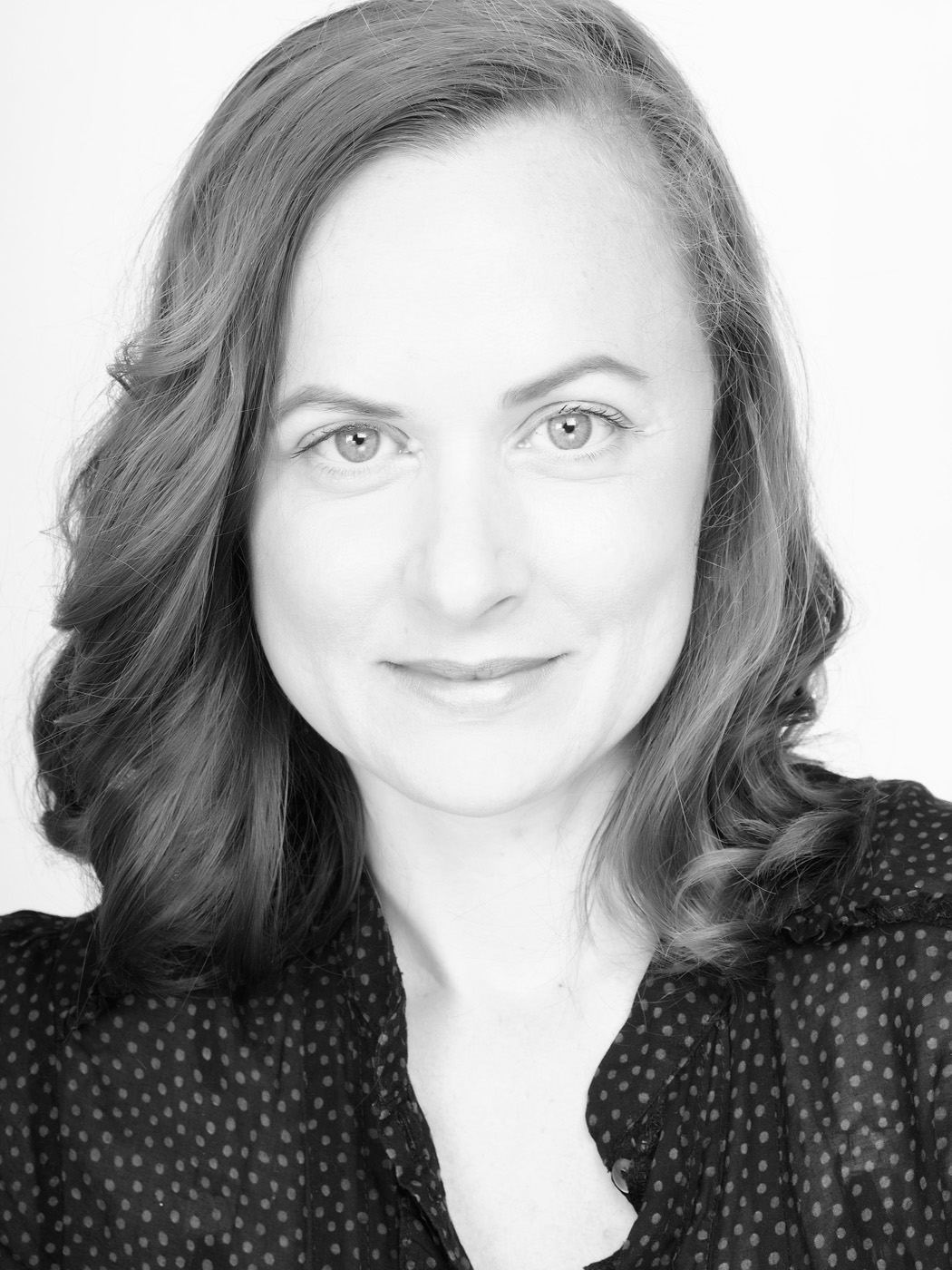 Reneé Davis blogs at Mummy Tries about the non sugar coated ups and downs of family life. To learn more about her story, check out her blog or book Become the Best You, which is available through publisher Austin Macauley, Amazon, and all good book shops.

Reneé and I are both blogging ambassadors for The Children’s Society’s #SeriouslyAwkward campaign. The campaign aims to put pressure on the Government to close gaps in the law and social care that make older teens more vulnerable to abuse and sexual exploitation. Follow this link to read more about the campaign and click here to read a guest post from Peter Grigg, The Children’s Society’s director of external affairs.