Once upon a long time age, I was stopped and breathalysed by the police. It had nothing to do with drink: a tail light had broken on my van and, being around pub closing time, the officer clearly felt he had just cause to test me. 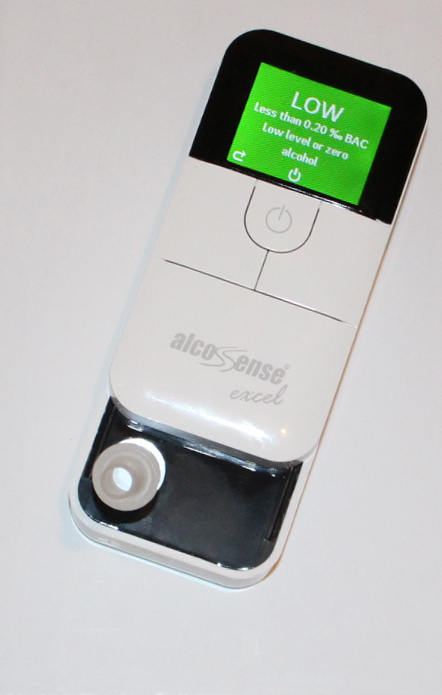 The ALcosense Excel after I breathalysed myself and received this green reading.

I remember being told in no uncertain terms to blow very, very hard into his hand held breathalyser. In fact I was barked at rather rudely when I didn’t blow quite hard enough for the officer’s liking.

Needless to say, I passed the test. The memory of that moment and the forcefulness of the blow, however, have stayed with me.

I have always wanted to keep a breathalyser at home as a precaution. I think it makes sense, just to ensure you don’t inadvertently drive the following day while over the limit.

Added to that, we have family in Scotland so we’re regular visitors to that part of the world. The drink drive limit north of the border is much lower than in England so it’s always best to check before getting behind the wheel of a car if you have had even just a couple of drinks the night before.

One option is to keep a breathalyser at home. If this appeals, a product you might want to consider, especially as party season is well underway, is the Alsosense Excel. 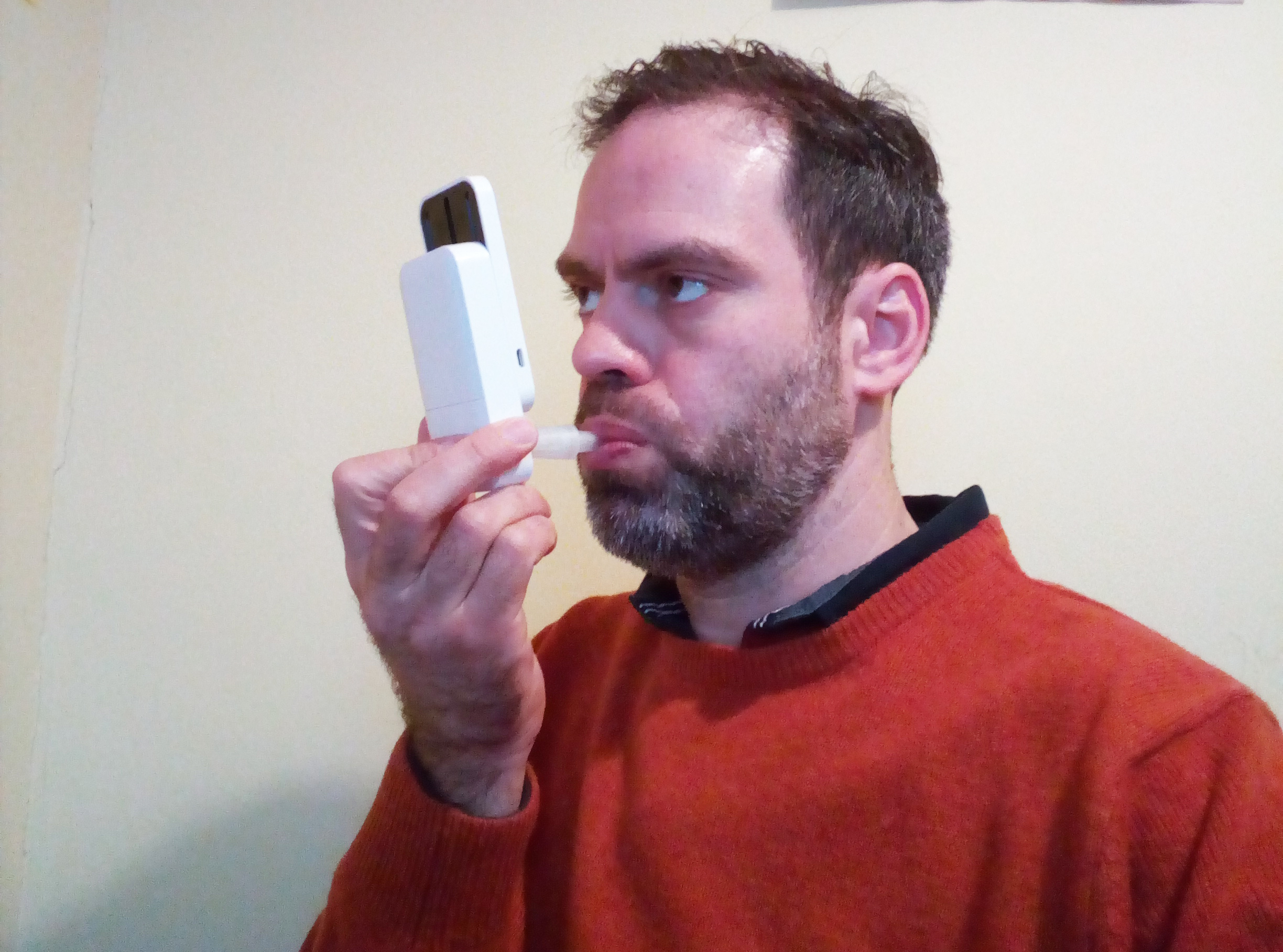 Blowing into the Alcosense Excel breathalyser. As you can tell from the look on my face, this is serious work.

This device is very easy to use. You place a small removeable mouthpiece into the machine, and blow until it tells you to stop after which you get your reading.  Thankfully, it also easier on the lungs as you don’t have to puff quite so hard as my police officer friend insisted!

It’s powered by three AAA batteries and can be configured to various international drink driving limits. It will give you one of three readings:

I confess I managed to get a red reading after attending a beer festival with some dads from my daughter’s school (oh yes, us dads socialise too). Before going to bed, I tired the Alcosense and sure enough, I was well and truly over the limit.

That was fine, I knew I was going to a beer festival, I had made arrangements and was going nowhere near a car. The following day, however, I had to take my daughter to her swimming lesson. Unsure what the result would be, I was very relieved when it came back green. 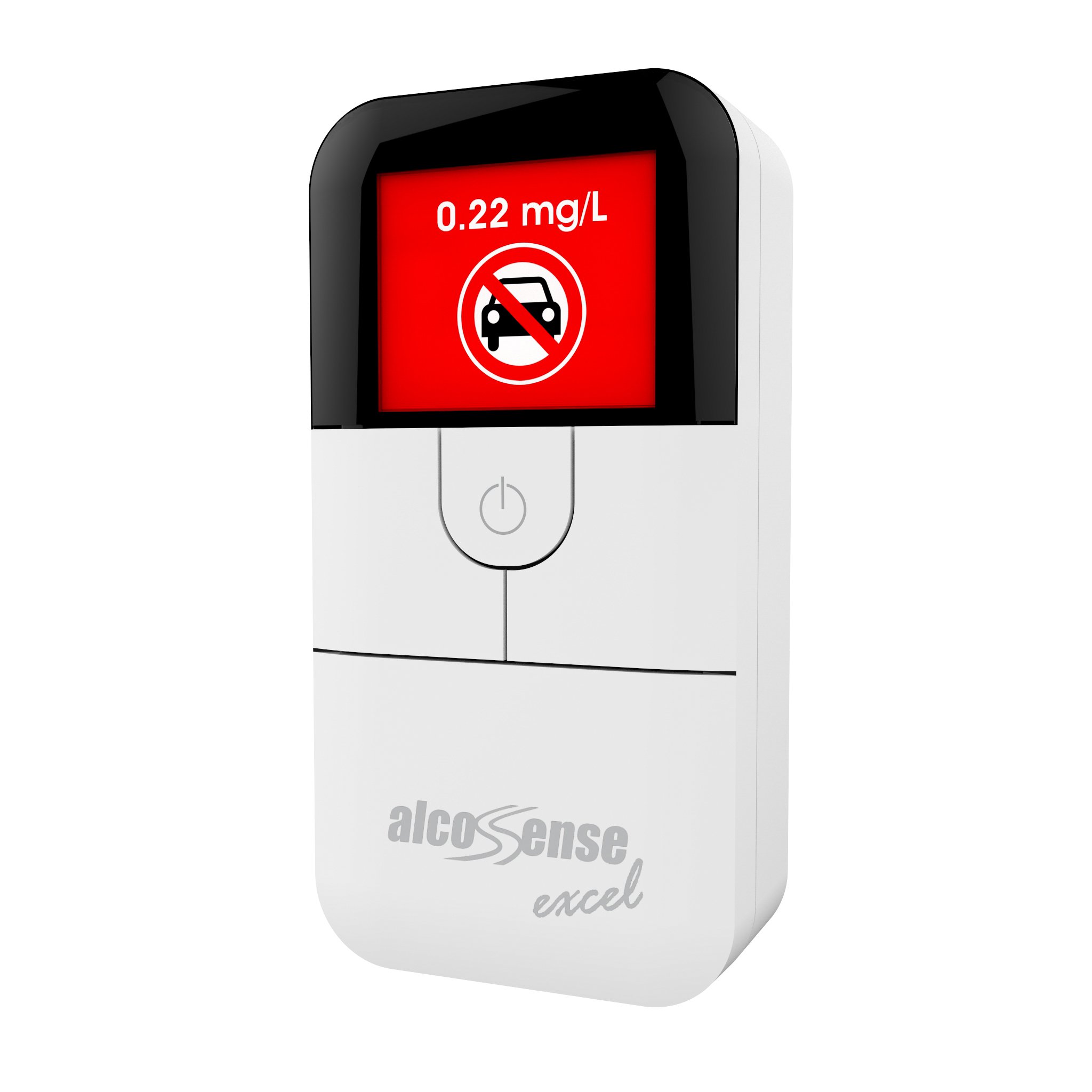 The Alcosense Excel looked rather like this when I breathalysed myself after attending a beer festival. reasuringly, it gave me the all clear to drive the following morning.

I think it’s a great little device and It relies on the same technology the police use. It’s well worth having around to make sure you are under the limit and clear to drive having had a few drinks the night before.

The Alcosense Excel comes in at £99.99. To buy or for further information, visit the Alcosense website.