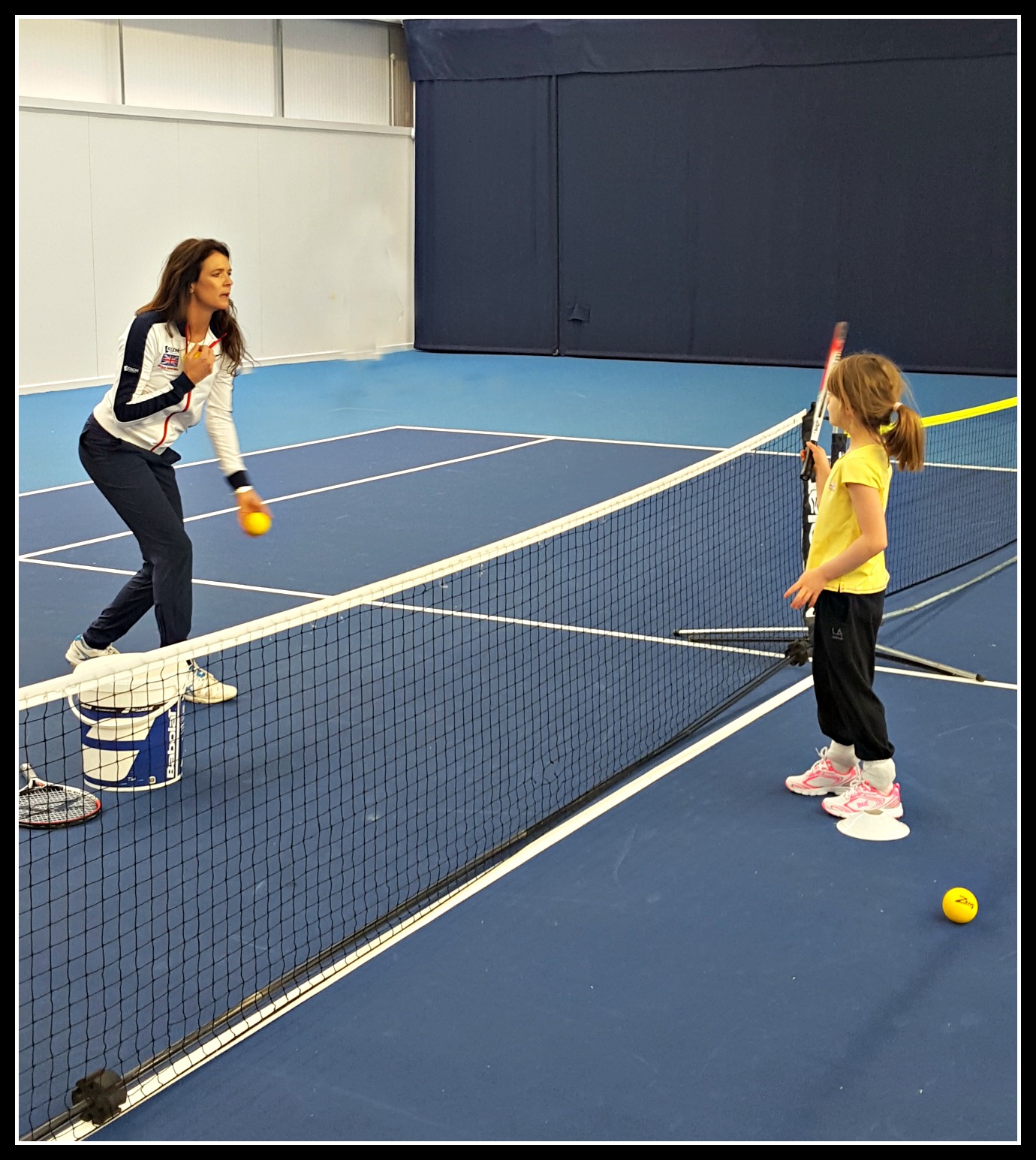 Annabel Croft giving my Helen some pointers on how to improve her racquet control.

My wife and youngest daughter went to a supermarket café for lunch yesterday. There’s no question they got the rough end of the deal as Helen and I spent the day in Birmingham watching the Davis Cup doubles tennis match between Great Britain and Japan.

This wasn’t just any old tennis match, however, oh no. We were there as guests of the Lawn Tennis Association and the BritMums blogging network. Prior to the match, Helen was among a group of children fortunate enough to meet former Junior Wimbledon Champion Annabel Croft and receive some coaching both from her and a Davis Cup coach.

The picture above shows Helen trying out her skills with Annabel. Annabel was absolutely marvellous with all the kids that took part.

The finale, however, was the match itself. Winning the match for Great Britain  was none other than Andy Murray and his older brother Jamie. Doing a superb job representing Japan were Yoshihito Nishioka and Yasutaka Uchiyama. The picture below shows Andy Murray serving during what was an exciting match with an amazing atmosphere (apologies that it’s a bit grainy, I had to take it on my phone). 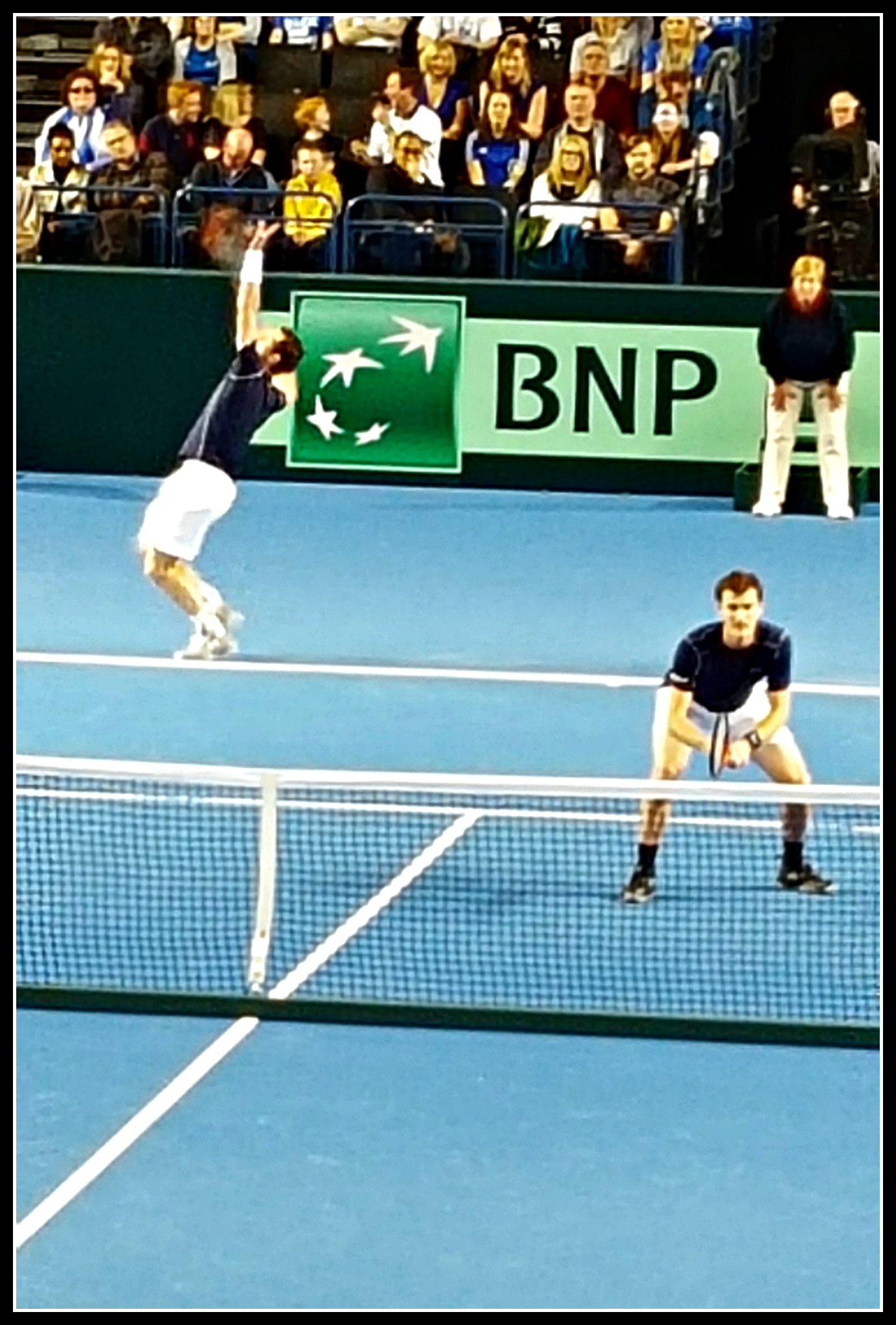 Glasgow-born Mrs Adams was delighted to hear the Murray boys were on court. On returning from the supermarket she put the TV on to watch the match at home. While she watched on the small screen, Helen and I saw all the action right in front of us at the Barclaycard Arena.

It was a great day and I was lucky enough to meet several other bloggers including Nell who writes Pigeon Pair and Me, Becky Goddard-Hill, who writes, among other blogs, Baby Budgeting Jen Howzie of BritMums and Jenography, Nadine Hill who blogs at JuggleMum and the family behind The Boy and Me blog.

I’ll be blogging and vlogging about our experiences again in the near future. Suffice it to say Helen and I had the most wonderful time and would definitely go to a David Cup match again. It was a great experience with none of the formality you get at Wimbledon making it more suitable for those with young children.

I’ve linked these pictures to the #MySundayPhoto linky hosted by the Photalife blog. Do click on the badge to visit the linky.

Just a reminder that over on my LinkedIn profile,