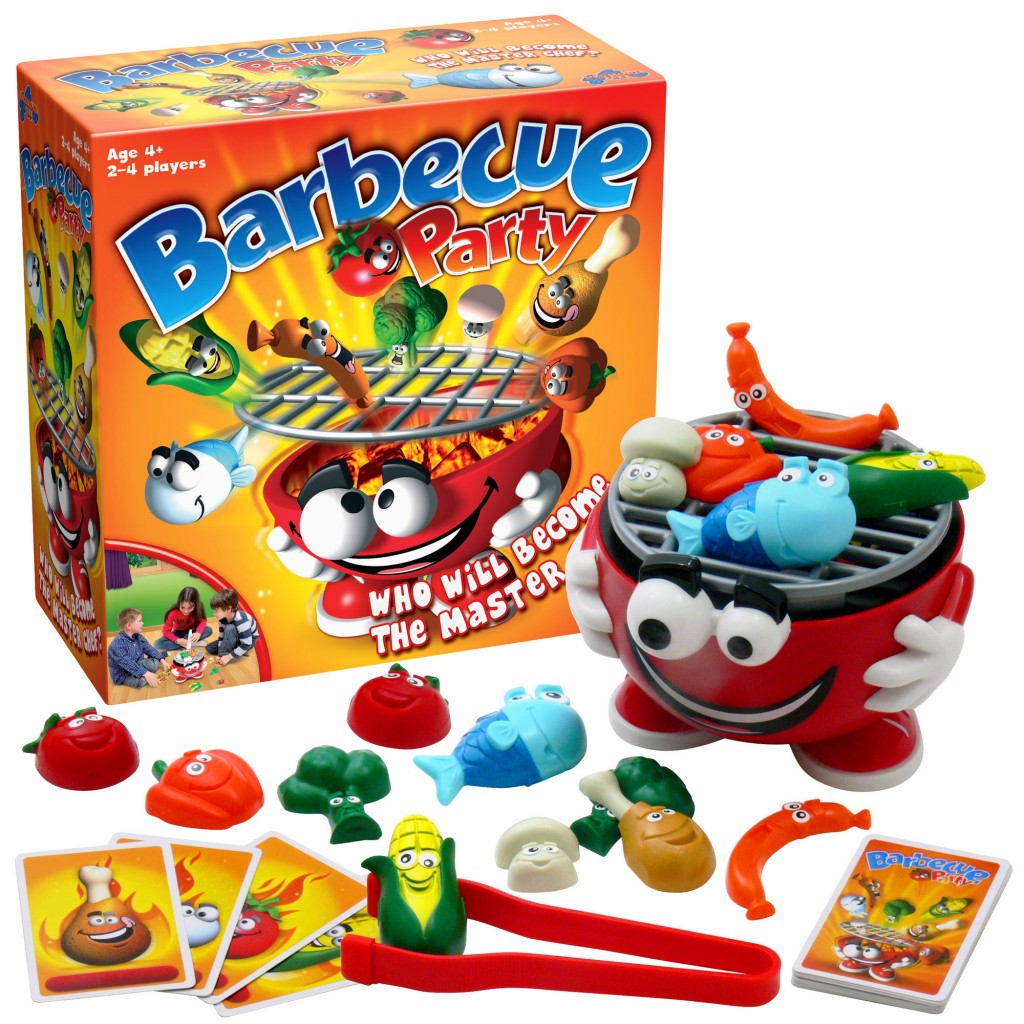 The Barbecue Party board game from Drumond Park. Great fun for all the family.

I find that board games are a fantastic way of getting the family so sit down together. My two girls enjoy them and it’s great to see them learning about taking turns and (sometimes) following rules.

The latest game we’ve been playing is called Barbecue Party. I’ve teamed up with the game’s makers, Drumond Park, and am delighted to offer three lucky readers the chance to win their own Barbecue Party game by taking part in a really simple Rafflecopter giveaway (details below).

So what’s Barbecue Party all about and how do you play it? The first thing I have to say is Helen, our six year old, has loved it. The game is designed for those aged four years of age and upwards and rarely does a toy or game come into our house that gets such a positive reaction.

Playing is easy. Each player takes a turn to choose a card from the pack. Each card has a picture of food on it (a hot dog, corn on the cob or fish etc.). 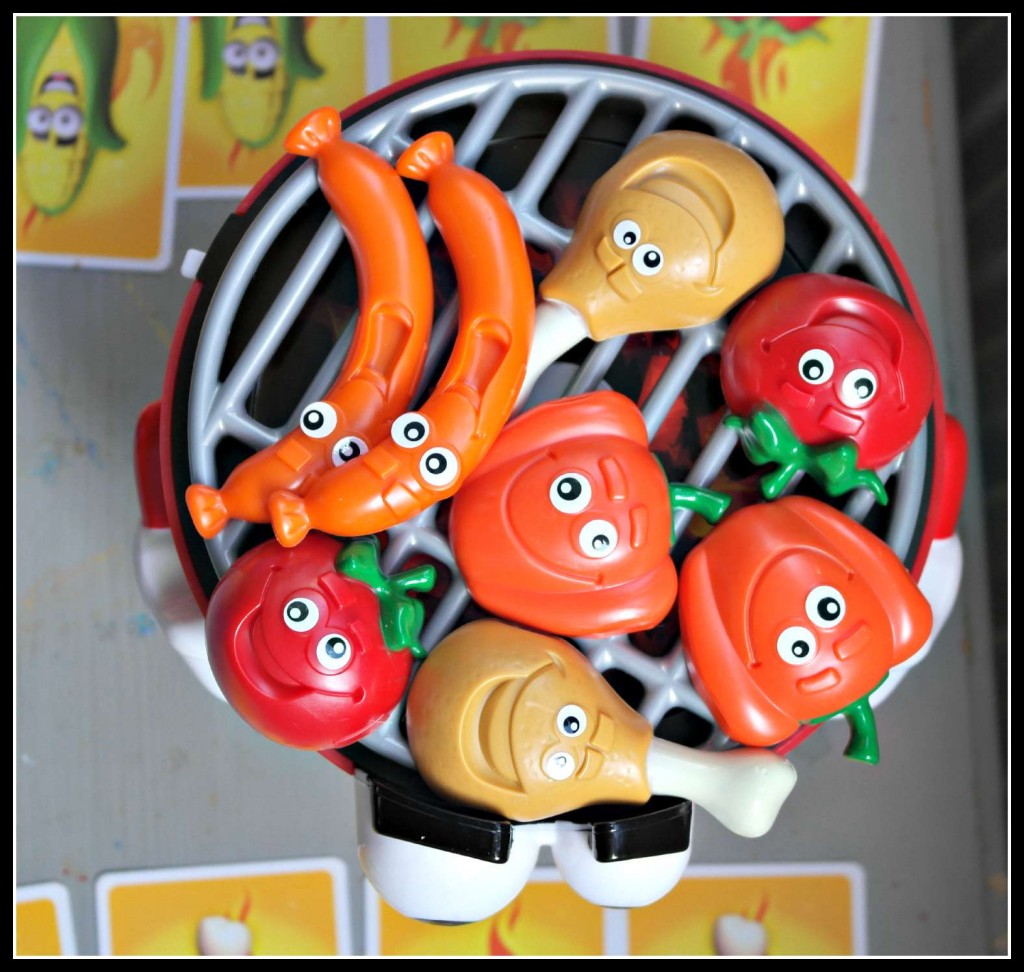 One unexpected move and all this food could fly into the air!

The player must check whether the food is on the grill. If it is, they must remove it using tongs. If the food isn’t on the grill, they must place it on there. The grill, however, is spring loaded and if the load gets too heavy or is shaken a little too much, pop, the grill shoots off sending the food flying into the air! The first player to collect three or four matching cards (agreed at the beginning of the game) is the one that wins and is crowned Barbecue Party Master Chef. 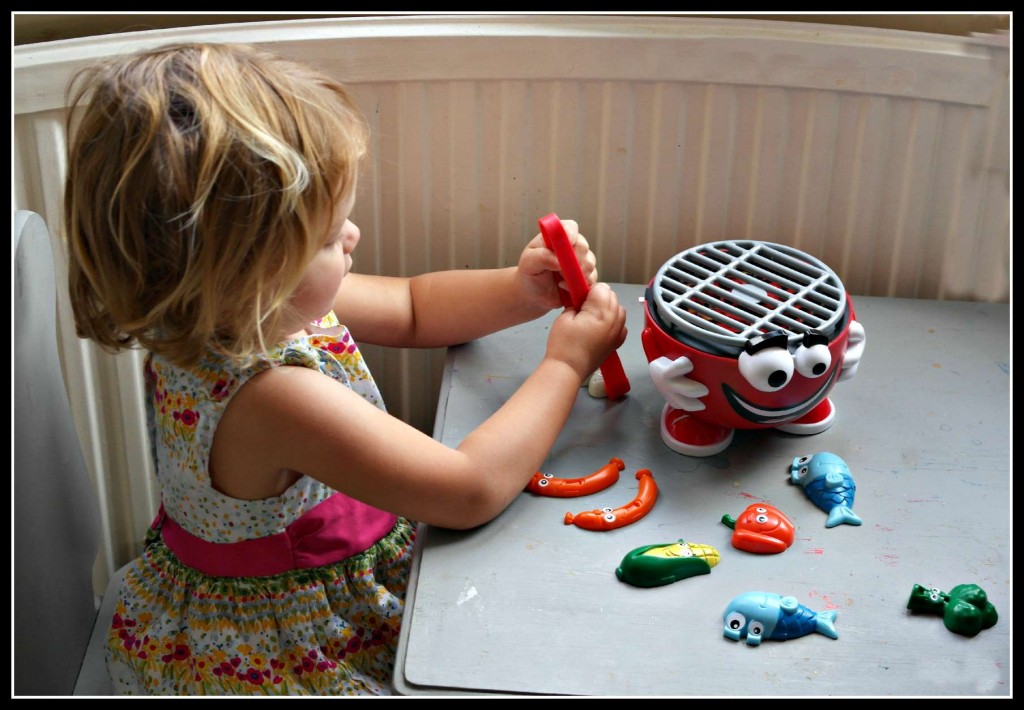 Even Toddler Adams has a go.

The game has been really well received by my family. We’ve all had great fun playing it, Helen especially. It has livened up this summer holiday and kept the kids entertained.

Barbecue Party is available from a range of outlets including Argos, Debenhams, John Lewis and Hamleys. Expect to pay around £19.99.

Alternatively, you can take part in the Rafflecopter below. Three lucky winners stand to win their own game. Simply follow the instructions and tweet about the giveaway or leave a comment on this post stating why you want to win. You must hurry, the competition ends at midnight on Tuesday, 18 August!

Good luck to all who take part.