When I became a stay at home father, many aspects of the role were predictable and expected. I knew I would be one of a tiny number of dads in the playground. I knew, in time, that I’d figure out where the best local supermarkets were and that I’d end up doing more baking than most men. What I didn’t account for, however, was that my upper body strength meant I would become a serial rescuer of children. This, my friends, is exactly what has happened to me. 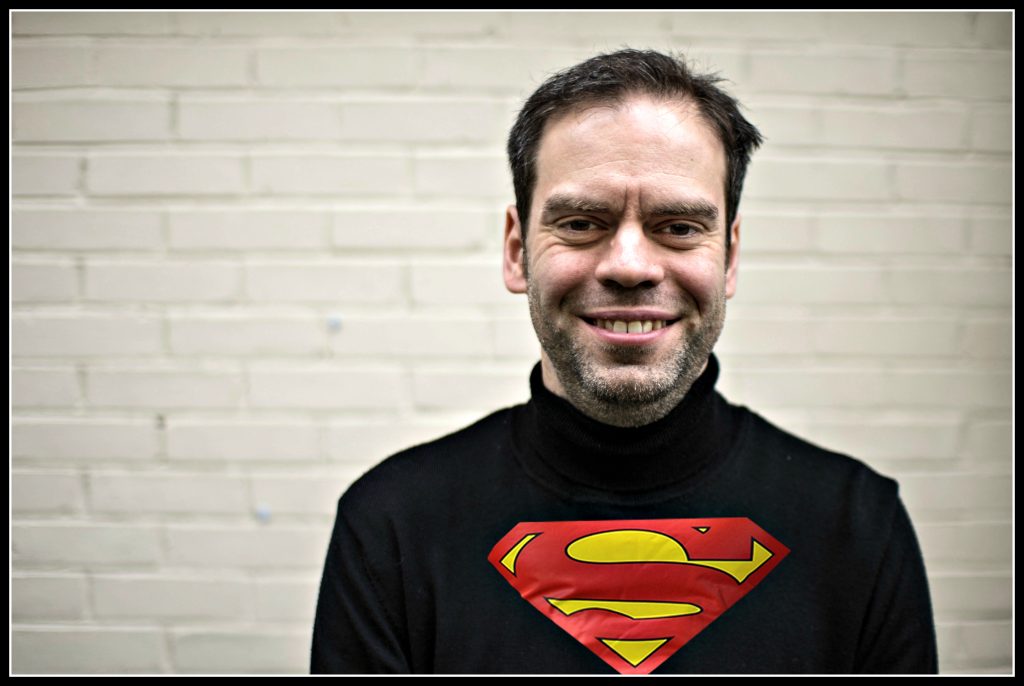 I wish I could tell you this is how I dress when saving children from the ‘Timber-Framed Child Wrangler’. Alas, the truth is considerably more mundane.

I wish I could tell you this involved donning a pair of tightly fitting trunks and flying through the air. The reality is considerably more mundane.

It involves a local play park where many of my daughter’s friends congregate after school. In the park is a climbing frame. This climbing frame is deeply unpopular with mums and dads because it would be more fitting in a training ground for the Royal Marines. I’m not one for big or dramatic statements but I have given this thing a nickname; the Timber-Framed Child Wrangler.

There are a number of different ways kids can climb up this thing. When you get to the top, the child is free to zoom down a slide to the bottom.

My favourite (note the sarcasm) way to climb up is via a bizarre ladder-like construction that leads to a rope bridge the kids have to cross in order to get to the slide.

The ladder has no sides so the kids are free to fall off at any moment. The best bit, however, is the rope bridge. It must be about five metres in length and is braced in a peculiar fashion. There is no side to it at either end. A small child could easily slip between the ropes and fall two metres to the ground.

Even the slide itself comes with some dangers. It was originally positioned too close to the edge of the play park. Kids would zoom down the slide only to fly straight into a fence at the bottom. After a while the fence was altered to stop kids bombing into it at 20 miles an hour.

You get the picture; the Timber Framed Child Wrangler is a poorly designed climbing frame. It also features a sign clearly stating no child under the age of eight should play on it.

I hardly have to tell you what happens do I? Yes, that’s right, every self-respecting five-year-old reads the sign and then attempts to climb up the Timber-Framed Child Wrangler only to get stuck part way up.

I can often predict these events before they take place. I see the wild look of excitement on the child’s face. The mother is looking the other way or dealing with another child. Excited Child then attempts to climb up the Timber-Framed Child Wrangler.

Excited Child gets so far and starts looking to their left and right and up and down. I know exactly what is coming next. About 30 seconds later there’s a cry of “Muuuuuum I can’t do it.” Mum trots over to take a look and offers a few words of encouragement. Excited Child hears the words, but is frozen with fear.

In all seriousness, I’ve lost count of the number of times I have seen this happen. I am generally the only man present and so will offer to climb up myself and save their offspring from the Timber-framed Child Wrangler. Even so, it is a task not to be taken lightly. If I were to slip then the consequences would be awful.

Yes, yes, okay, I admit it. On one occasion I even had to climb up and save my own daughter who had got stuck making her way to the top.

Interestingly, I got talking to a mum about this monstrosity the other day. I’d just rescued another child and we were both united in our dislike for the thing. She told me that she had once had to mount a rescue operation on behalf of a pregnant woman whose child had got stuck part way up.

Being a stay at home dad and being in the right place at the right time means I occasionally help kids out this way. Ultimately, however, I think this says more about the poor design of some park equipment that it does about my upper-body strength.

What do you think of play park equipment? Is there an item in your local park you particularly dislike? Can you relate to my tail of the Timber-Framed Child Wrangler?