We love carrying out science experiments in this household. When asked if we’d consider building our own bottle rocket as part of the BBC’s Terrific Scientific campaign, we leapt at the chance. 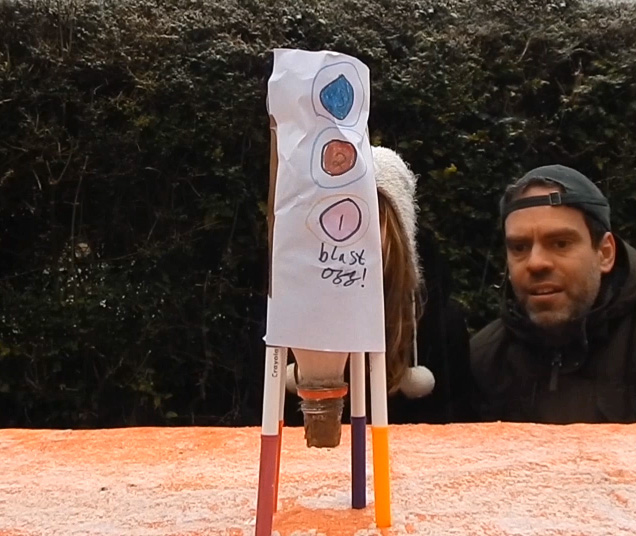 Our #terrificscientific inspired bottle rocket, on the launch pad and preparing for take off.

Making the bottle rocket was very simple. We used a handful of items that we had hanging round the house.

It was brilliant fun and that’s the great thing about Terrific Scientific. The aim is to get children thinking differently about science and encourage families to carry out simple experiments at home.

We made a short video of our efforts, which we’ve embedded below. It’s only four minutes long and I encourage you to click on play and watch it. I think you’ll be surprised at just how powerful lift-off was.

Here are detailed instructions for making your own rocket. A word of advice: adult supervision is required.

What you will need

How you make the rocket 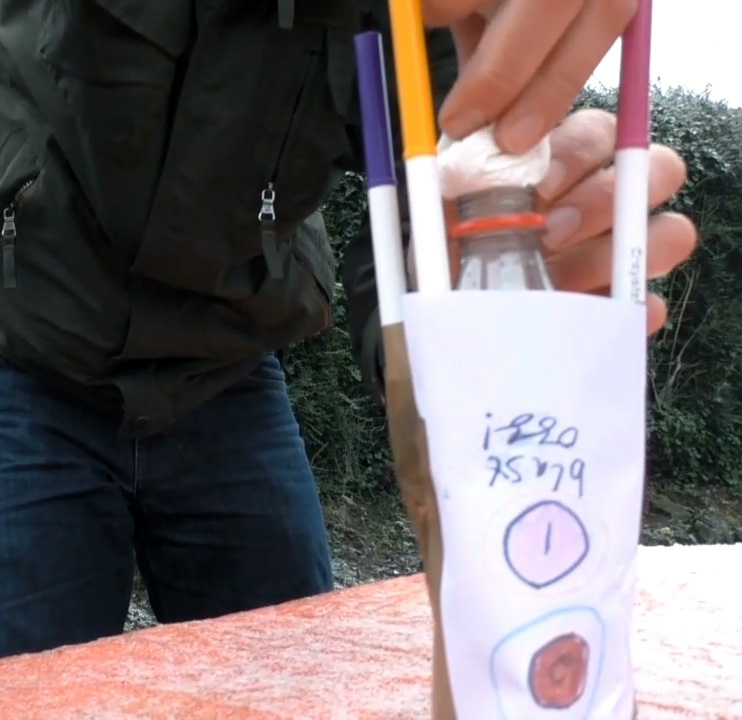 A little point I must mention. You are supposed to stand five metres away from the rocket before it launches, something I had missed in the instructions. As you can see from our video, you run a very real risk of getting showered in vinegar if you don’t follow this advice! 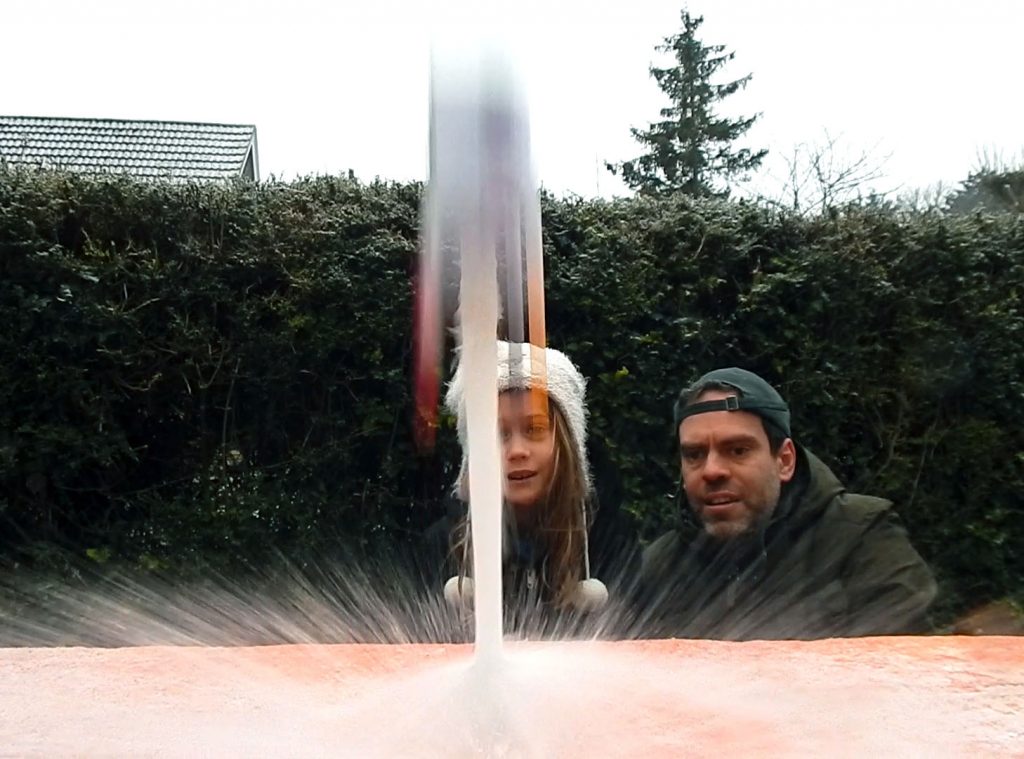 The moment our bottle rocket blasted off into the air.

The vinegar and bicarbonate of soda react, creating carbon dioxide and water. Eventually the pressure becomes too much and it forces the cork out of the bottle and blasts the rocket into the air.

Do you carry out science experiments with you kids? Will you attempt a few #terrificscientific experiments yourself? Maybe you already have done? If so, please do leave a comment below. I’d love to know what you get up to.

Disclosure: This post was produced in partnership with the BBC to promote the Terrific Scientific campaign.