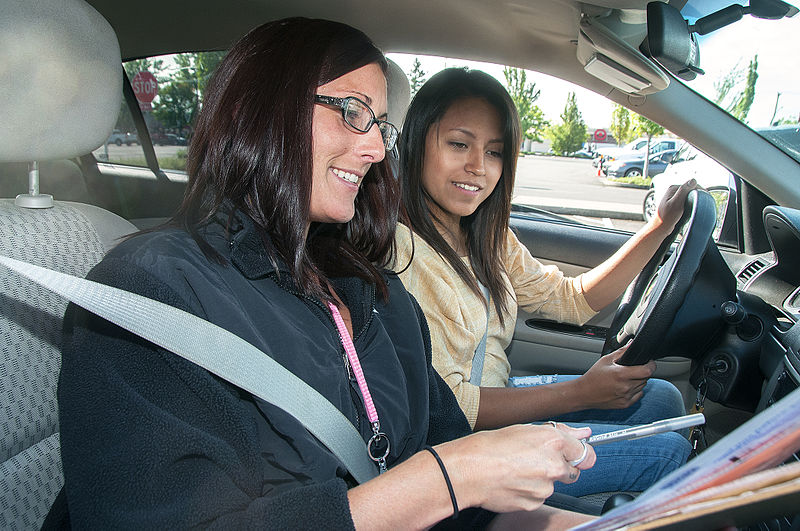 A picture of someone else’s daughter taking their driving test. One day my childrne will do the same. Pic credit below.

I don’t know about you, but I live in fear of the day my children pass their driving test. It’s a rite of passage and, in a bizarre paradox, my wife and I will encourage them to learn to drive. Even so, that is essentially the day the apron ties will be cut.

Part of the reason this causes me so much concern is that I was an awful motorist when I first took to the roads. Thankfully my driving skills improved greatly but in the few months I started driving I was an absolute nightmare on the roads.

Here are a few of the stunts I pulled off in those early days:

So appalling was my driving that I was pulled over by the police a few days after passing my test. One officer was so unimpressed with what he’d seen he suggested I go and take some more lessons.

The trend these days is for young drivers to consider telematics. It’s a very simple concept; a device is fitted in the car and it monitors the way it is driven (distance, acceleration rates, braking and so on). The insurance premium is set according to the data it records.

One of the leading providers of this service is insurance specialist More Than. By agreeing to have your motoring monitored this way, you receive a More Than telematics Driving Score and your premium is adjusted accordingly. I imagine this will be standard practice by the time my girls are driving. Such an approach might help them avoid all the mistakes their father did in his early days as a motorist.

This commissioned post was produced in collaboration with More Than. For more information on my approach to collaborative posts, please follow this link.